A retired English couple (played by screen legends Charlotte Rampling and Tom Courtenay) reflect on their lives after nearly a half-century together, in this wonderfully nuanced character study from writer-director Andrew Haigh (Weekend). 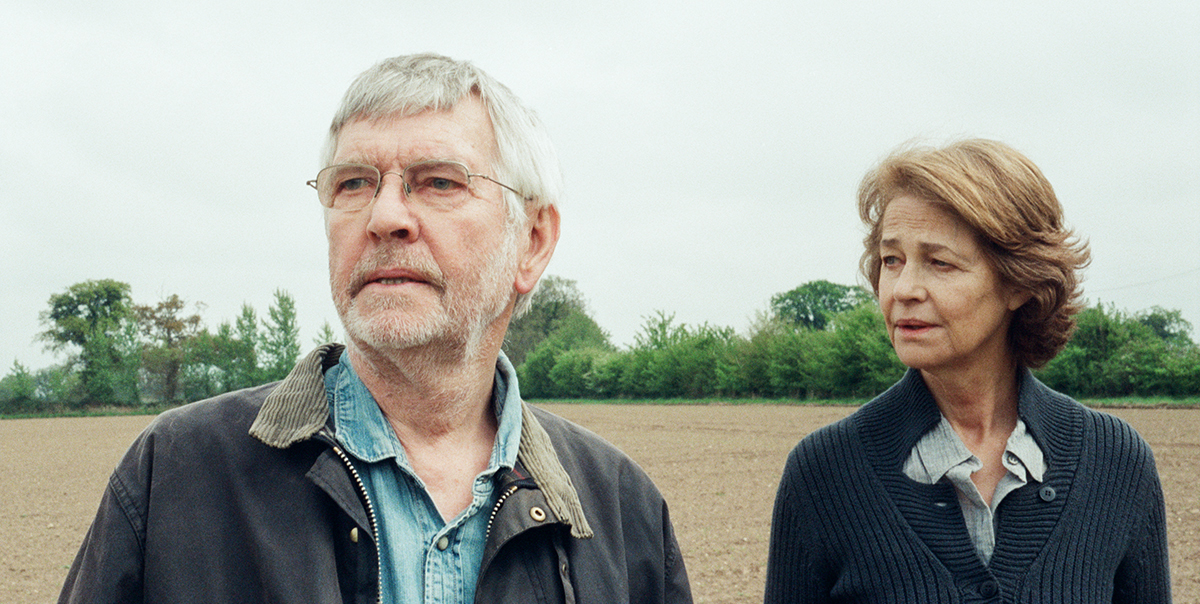 Retired couple Geoff (Courtenay) and Kate Mercer (Rampling) pass their days quietly on their country property near a small Norfolk village. One day Geoff receives a letter notifying him that the body of Katia, an old girlfriend of his, has been discovered, perfectly preserved in the Swiss Alps where she fell on their hiking trip nearly fifty years earlier. As the news sinks in, hidden tensions between Geoff and Kate begin to emerge. Geoff, though not insensitive to his wife's feelings, can't help but be drawn into the past while Kate becomes consumed by jealousy and uncertainty. Outwardly composed as she sets about planning the details of their upcoming forty-fifth wedding anniversary party, Kate begins to contemplate the "what ifs" of her life, a line of thought leading to the realization that maybe she's the one who made a mistake all those years ago.

Haigh's decision to favour small, melancholic moments over major dramatic incidents, along with the attention he pays to the subtleties of body language and facial expression, allow 45 Years to find a natural build to its finale, while Courtenay and Rampling deliver performances that can easily be counted among the best in their respective careers. At once restrained and powerful, 45 Years is a cinematic gem that reminds us of the power of film to encompass a lifetime of emotion.