A struggling painter is possessed by satanic forces after he and his young family move into their dream home in rural Texas, in this creepy haunted-house tale from Australian writer-director Sean Byrne (The Loved Ones). 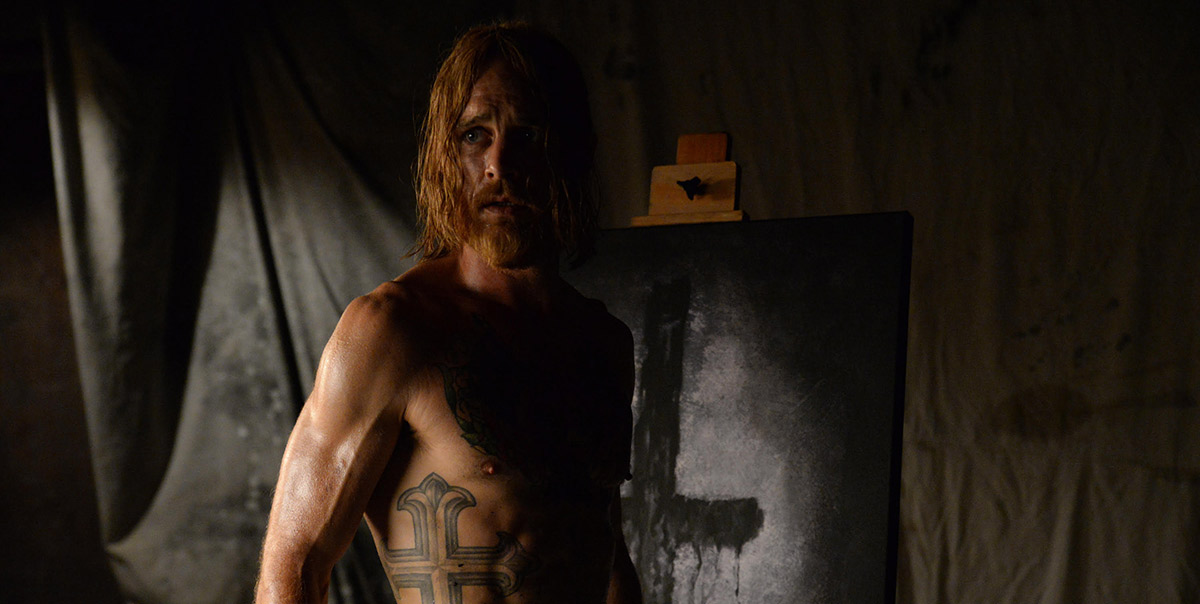 Metal music, wet paint, and family are the passions of Jesse (Ethan Embry), a struggling painter who lives a happy life with his wife, Astrid (Shiri Appleby), and their preteen daughter, Zooey (Kiara Glasco). And things look even brighter when Jesse and Astrid are able to put in a bid on their dream home — a huge property in rural Texas with a barn big enough for a proper art studio — after the price is driven down due to the home's mysterious past.

After the trio moves in, Jesse's work starts taking on a new, considerably darker flavour — and things get even more ominous when Ray (Pruitt Taylor Vince), the hulking, clearly unbalanced son of the deceased former owners, appears on the doorstep one night, clutching a red electric guitar and asking to "return home." It soon becomes clear that Ray and Jesse are both being influenced by the same satanic forces, and that Jesse's family won't be safe until they find a way to quiet the Devil himself.

Australian writer-director Sean Byrne burst onto the horror scene with the delightfully demented torture-garden thriller The Loved Ones, which won the Midnight Madness People's Choice Award in 2009. Now, in his first American film, he offers an equally distinctive take on the haunted-house tale, avoiding the clichés of the genre and creating an atmosphere as creepily oppressive as Jesse's haunting and disturbing canvases. As the supernatural threat draws ever closer to its victims, Byrne demonstrates once again that he knows how to inflict excruciating torment — both physical and psychological — on his unfortunate characters, and supremely nasty thrills on his audiences.