Stranded on Mars, a NASA astronaut (Matt Damon) struggles to survive on the arid planet while his ground crew races to mount a rescue mission, in this interplanetary epic from director Ridley Scott. 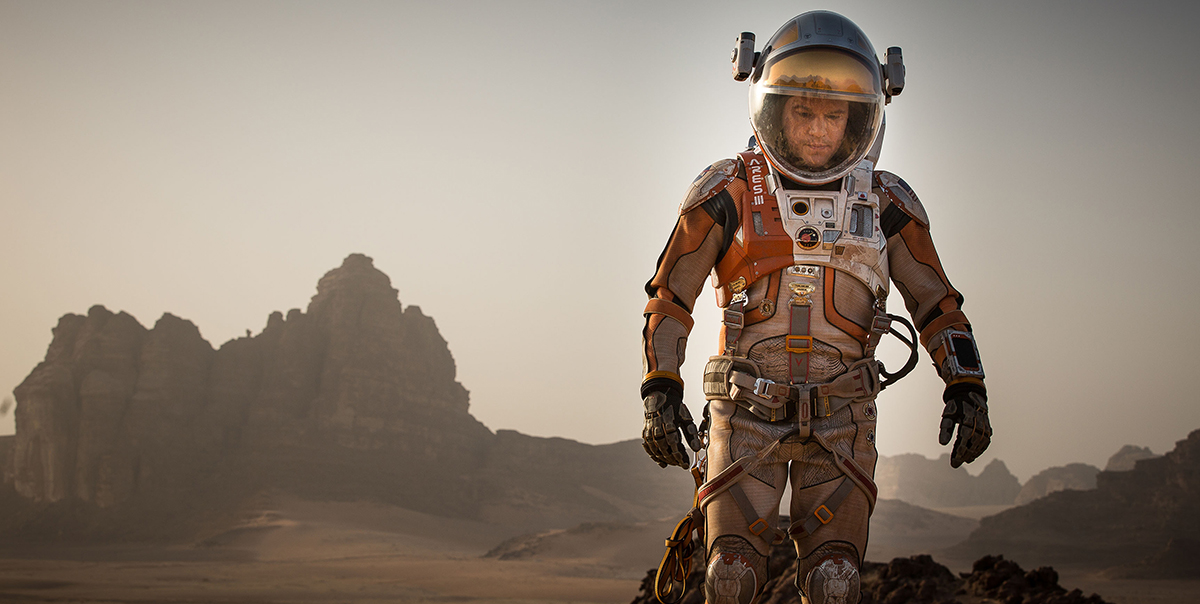 An interplanetary epic of ingenuity, heroism, and high adventure, The Martian is that rare work of science fiction that's bursting with optimism. Directed by Ridley Scott and scripted by Drew Goddard (The Cabin in the Woods) from Andy Weir's novel, the film features Matt Damon as an astronaut stranded on Mars, while a stellar cast — Jessica Chastain, Kristen Wiig, Chiwetel Ejiofor, and Jeff Daniels among them — plays the dynamic team of scientists and administrators pushing the limits of aeronautic science to bring him home.

When a severe storm prompts his colleagues to evacuate a Martian plateau, NASA botanist Mark Watney (Damon) is presumed dead, and he wakes to find himself alone on the vast, arid planet. Though there initially seems to be little hope for Watney, his inventive use of the limited materials at his disposal buys him some time. But how much? The next mission to Mars isn't scheduled to occur for another four years, and even after NASA becomes aware of Watney's survival, there is only so much they can do to accelerate the arduous process of launching a rescue mission. It will take feats of innovation and a giant leap of faith to ensure that Watney prevails.

A galactic spin on Saving Private Ryan (in which Damon played the titular role), The Martian pays thrilling homage to those brave souls who make profound sacrifices when destiny calls upon them. Enormously entertaining and intelligent, the film is an ode to humankind's enduring thirst for discovery and our fascination with far-flung worlds. And it all unfolds in some of the most spectacular 3D imagery yet to have graced the cinema.