A young man finds himself navigating the baffling, labyrinthine bureaucracy of the Catholic Church when he attempts to formally renounce his faith, in this gently absurdist comedy from Uruguay’s Federico Veiroj (A Useful Life). 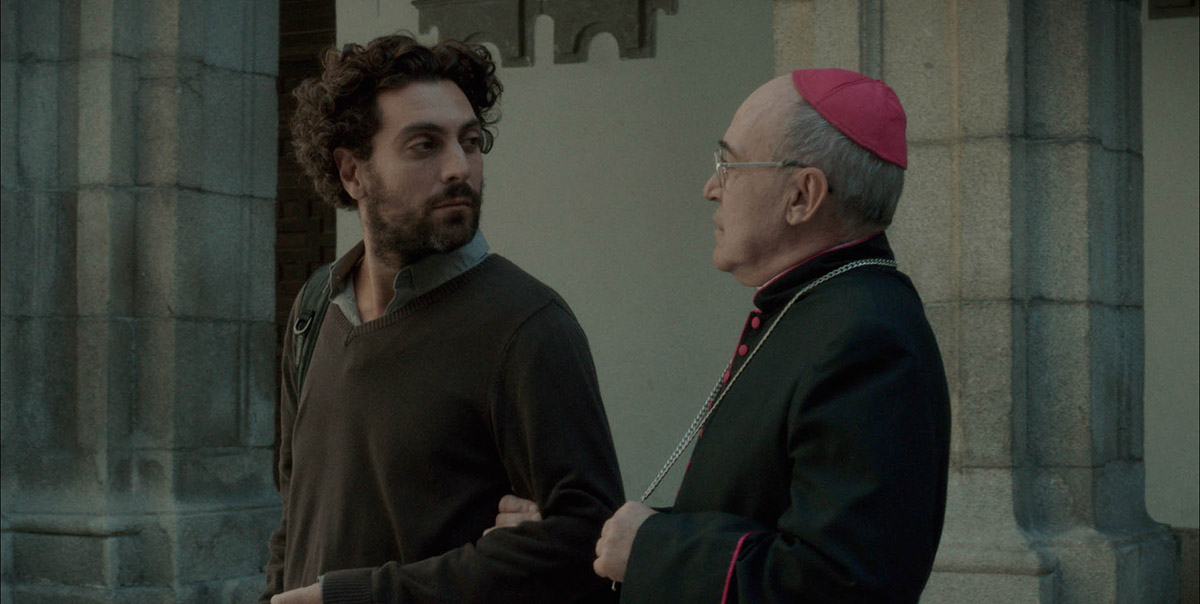 Gonzalo Tamayo (Alvaro Ogalla) is at a point of crisis. In love with his cousin, engaged in dubious errands for his crooked father, and struggling to complete one final credit for his university degree in philosophy, Tamayo resolves that making a break with his family, and his past, will make a solid statement about who he is. To this end, he decides to apostatize: to formally withdraw his name from the Catholic Church and renounce a faith that he feels is a burden imposed back when he was too young to choose for himself.

The Apostate, the luminous third feature from Federico Veiroj (A Useful Life, Acné), follows our unlikely hero on a journey founded on a symbolic — if increasingly grand — gesture. Tamayo battles verbally with word-twisting priests, obfuscating bishops, and his frustrated mother over his very personal desire to have his name nixed from Catholic records and be officially excommunicated at last. As he muddles through the baffling, labyrinthine bureaucracy that the Church lays in his path, Tamayo's symbolic act takes on its own sense of transcendence, and the sense of spiritual freedom gained through the process is palpable.

Veiroj narrates his tale skilfully, with humour and respect, as the absurdity of Tamayo's predicament allows an easy transition into fantasy and surrealism worthy of Buñuel. Steeped in the history of Spanish cinema, the film's brilliance emerges through the director's collaboration with co-writer Ogalla, who gives a remarkable debut performance in the lead role.