After accidentally killing his opponent in a crooked fight, a young Filipino-American boxer is forced to go on the run through the teeming streets of Manila. 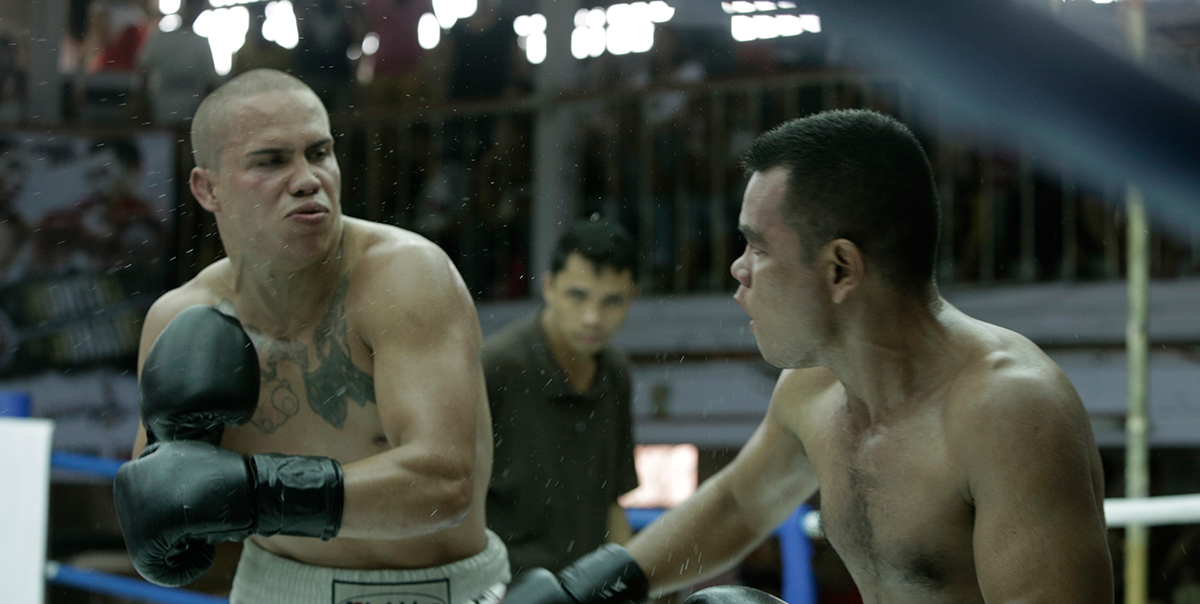 Australian writer-directors Tom and Sam McKeith have taken elements of classic boxing films, added thriller twists, and refracted the resulting story through the lens of social realism to create Beast. This is a heart-pounding tale that captures your attention from the first frame and never loses its grip.

In the teeming, steaming streets of Manila, we meet Jaime (Chad McKinney), a young Filipino-American boxer managed by his father Rick (Garret Dillahunt), an American expat. Rick has great ambitions for his son, and convinces the reluctant Jaime to tamper with his gloves in order to win a match that matters a lot to some nefarious sideliners. When his defeated opponent dies from injuries sustained in the match, the guilt-stricken Jaime insists on turning himself in, despite pressure from his father to keep quiet. However, the criminals who had a stake in the game are combing the streets for Jaime, and the young boxer has already found his way to his opponent's family — who now must join him on the run.

The heart of the story is Jaime's struggle to decide if he can still be a good man after having done a bad thing. To redeem himself in his own eyes means breaking away from his father and all he's ever known, and it remains uncertain right up until the last moment whether he will pay this price.

Tipping its stylistic hat to gritty cult classics such as Nicolas Winding Refn's Pusher trilogy, and delving deep into Jaime's ethical conundrum even as it takes us on a tour of the rarely-shown-on-screen Manilan underworld, Beast breathes new life into the boxing-film genre.