A humanoid robot deliverywoman muses on the mystery of human nature as she drops off parcels around the galaxy, in this playful sci-fi fable from Festival favourite Sion Sono (Why Don't You Play in Hell?). 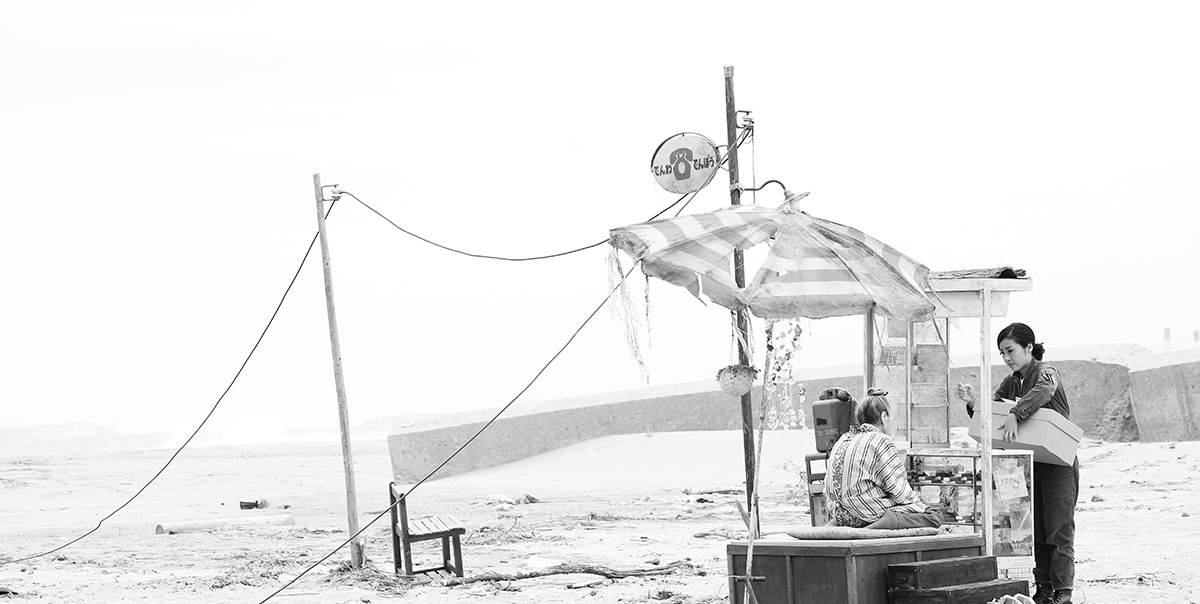 A spaceship shaped like a Japanese bungalow careens through the galaxy. It carries a humanoid robot named Yoko (Megumi Kagurazaka), a sort of interstellar UPS delivery person. Her job is simple: to distribute packages to human beings scattered across sundry planets. But with so much spare time between deliveries, Yoko begins to wonder what's in those packages.

Festival favourite Sion Sono (Why Don't You Play in Hell?) can always be counted on for something extraordinary, and The Whispering Star is one of his most imaginative films yet. With only the ship's navigational computer for company, Yoko eventually finds herself listening to old reel-to-reel tapes left behind by her predecessor. This audio diary is filled with observations and questions about the mystery of human nature. Why did the advent of teleportation diminish human curiosity about faraway places? Why do humans bother sending objects to each other when those objects are inessential to survival? As Yoko makes her deliveries, exploring abandoned cities and desolate beaches, she accumulates questions of her own. And as she meets the inhabitants of various worlds (including an eccentric scavenger who teaches her the benefits of bicycling), her fascination with humans grows — as does her appreciation for the bittersweetness of time's passage and the nostalgic value of material possessions.

The fact that the alien landscapes were shot in evacuated zones of Fukushima, primarily with non-professional actors living in the area affected by the nuclear disaster, makes the film's themes of memory and decay that much more haunting. But The Whispering Star's touch remains playful, funny, and very human. As her travels take her to ever-farther reaches of our universe, Yoko comes to realize that she's as much flesh as she is machine.