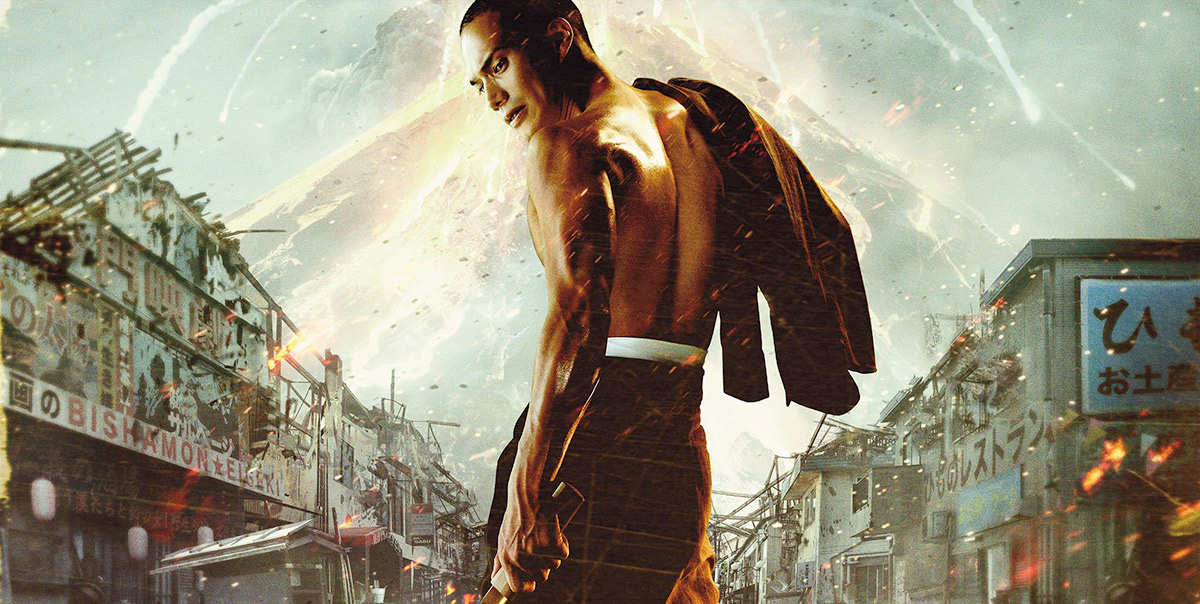 Japanese cinematic extremist Takashi Miike returns to his gonzo roots with this mind melter that finds room for vampires, gangsters, earthquakes, volcanoes, monsters, martial arts, and even a yakuza knitting circle. Watch your step if you show up late, because the frenzy of bloody carnage that erupts mere seconds into the film will leave jaws on the floor.

Kamiura (Lily Franky) is not your typical yakuza boss: he's a kindly man who dotes on the locals in his 'hood and extends life-saving loans to small businesses in order to keep the big corporations out. But when a Django-esque gunslinger in seventeenth-century Spanish garb comes to town, Kamiura is exposed for what he truly is: a vampire! Soon, Kamiura's young protegé Kagayama (Hayato Ichihara) is invested with his mentor's powers, and takes to the streets with a new gang made up of regular citizens who have sprouted fangs and are ready to fight for their turf.

All bets are off in this piece of demented brilliance that is sure to satisfy hardcore Miike devotees and blow the minds of anyone else who comes into contact with it. The lunacy comes fast, furious, and frequently, but even Miike's most outrageous creations — including an ultraviolent anime geek (played by Yayan Ruhian, best known as Mad Dog from The Raid) and a kappa demon with foul breath — fade into the background when the true villain of the film shows up. (No spoilers here; you'll have to come out to the show!) Too wild to be described and too fun to be missed, Yakuza Apocalypse is Miike at his triumphantly unhinged best.