Filmmaker Jihan El-Tahri explores the history of Gamal Abdel Nasser, the revolutionary army officer whose decade-long reign as president of Egypt saw him defy the West during the 1956 Suez Crisis, co-found the international Non-Aligned Movement, and suffer a dramatic defeat to Israel in the Six-Day War. 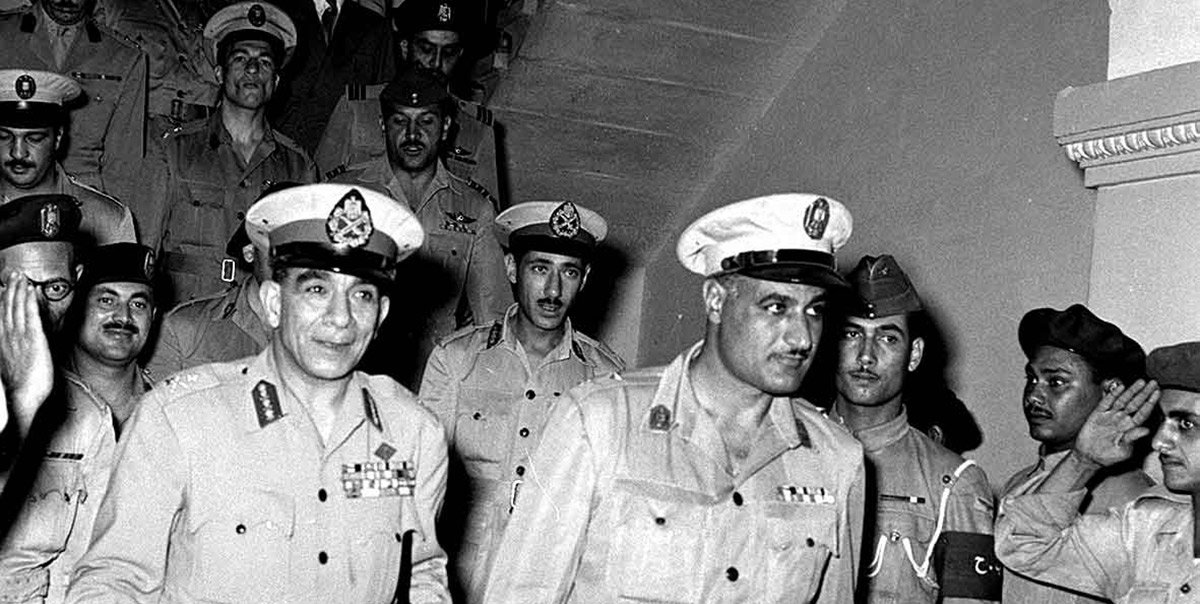 Gamal Abdel Nasser Hussein, who ruled Egypt during the Suez Crisis and the Six-Day War, has a complicated legacy that is often overlooked in the West yet vital to understanding the modern Middle East. Several years in the making, this sweeping documentary arrives at an opportune moment as the region grapples with new upheavals.

Filmmaker Jihan El-Tahri is an Egyptian national now based in South Africa with a long track record of documenting her homeland. Nasser is the first instalment of her planned trilogy on "Egypt's Modern Pharaohs," which will also include films on Anwar Sadat and Hosni Mubarak. Here her interviews span a multiplicity of viewpoints, from Nasser's allies in the Free Officers Movement, to his opponents in the Muslim Brotherhood, to diplomats from both the US and USSR who vied for his loyalty. Framed by El-Tahri's judicious narration, the conversations are intercut with clips from Egypt's robust output of fiction films laced with political themes, and archival footage that evokes Nasser's charisma.

There's no lack of drama. Nasser was a leader in the Egyptian revolution that overthrew the monarchy in 1952. The Muslim Brotherhood sought to kill him and he responded with harsh countermeasures. Becoming President in 1954, he galvanized pan-Arab support by nationalizing the Suez Canal; and he enjoyed international renown as a co-founder of the Non-Aligned Movement. But he overextended Egypt's armed forces and suffered a humiliating defeat in 1967's Six-Day War.

Since his death in 1970, Nasser's reputation is as open to interpretation as a Rorschach test. Delving into this history helps us to better understand the forces that will influence the Middle East's future.