In this remarkable adaptation of Arezki Mellal’s novel, a family must defend itself amidst the onslaught of violence between government forces and radical Islamists in 1980s Algeria. 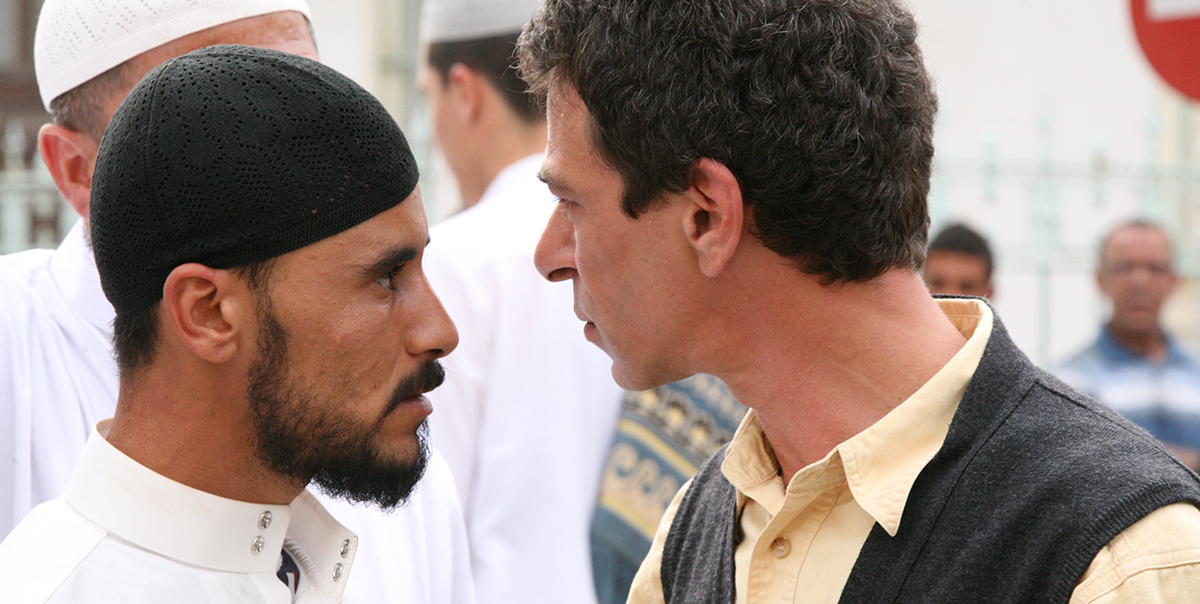 Let Them Come is an unsettling drama set in the Algeria of the late 1980s, more than two decades after the nation gained its independence, when signs of bitter disenchantment and oncoming societal collapse were too alarming to ignore. The most organized and defiant dissent came from conservative Islamist movements whose radical elements had been indoctrinated by Afghanistan's Taliban. Soon the tensions would escalate into a conflict lasting nearly a decade, known by Algerians as the "Years of Terrorism."

At the hospital bedside of his mother (Farida Saboundji), Noureddine (Amazigh Kateb) complies with her nagging wish and agrees to marry the lovely Yasmina (Rachida Brakni), the neighbour who was graciously watching over her during her illness. Emotionally numb, Noureddine seems more impelled by a drive to atone for being a disappointing son than by any love for Yasmina.

The marriage is mired in disenchantment as soon as it begins, but he and his family will have far greater problems to contend with. When armed Islamist militants retaliate against the army's crackdown by staging acts of terror against the civilian population, the everyday life of Algerians is overwhelmed by the sweep of hate, violence, and fear.

Faithfully adapted from Arezki Mellal's novel, Let Them Come is a gripping meditation on how people defend their souls from the ravaging onslaught of barbarity. With riveting performances from the cast, particularly Kateb and Brakni, documentarian Salem Brahimi's first narrative feature is a feat of filmmaking charged with the true grit of lived experience.

CONTEMPORARY WORLD SPEAKERSJanice Gross Stein, founding Director of the Munk School of Global Affairs and member of the Order of Canada, is an internationally renowned expert on conflict management. She will speak about Let Them Come (Maintenant ils peuvent venir) in a Q&A session following the second screening of the film. Special thanks to the University of Toronto’s Munk School of Global Affairs.