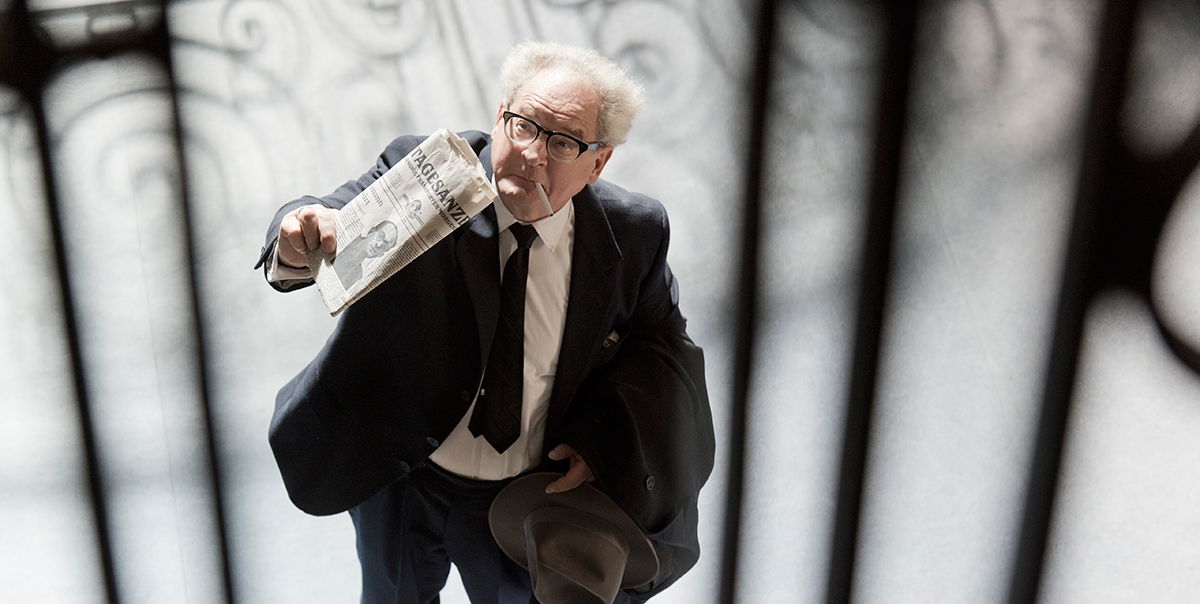 The PEOPLE vs. FRITZ BAUER

Few figures encapsulate the conflicted character of postwar Germany better than Fritz Bauer, the Attorney General who was instrumental in bringing the elusive Adolph Eichmann to trial in Israel. THE PEOPLE vs. FRITZ BAUER is both a portrait of this complex man and a riveting historical thriller that chronicles the Herculean efforts and tremendous risks undertaken en route to apprehending the chief engineer of the Nazis' Final Solution.

It is the late 1950s. Flourishing under the economic miracle, Germany grows increasingly apathetic about confronting the horrors of its recent past. Nevertheless, Fritz Bauer (Burghart Klaussner) doggedly devotes his energies to bringing the Third Reich to justice. One day Bauer receives a letter from Argentina, written by a man who is certain that his daughter is dating the son of Adolph Eichmann. Excited by the promising lead, and mistrustful of a corrupt judiciary system where Nazis still lurk, Bauer journeys to Jerusalem to seek alliance with Mossad, the Israeli secret service. To do so is treason — yet committing treason is the only way Bauer can serve his country.

Featuring deeply textured performances from Klaussner (The White Ribbon) and Ronald Zehrfeld (Barbara, Phoenix), and propulsive direction by Lars Kraume (The Coming Days), THE PEOPLE vs. FRITZ BAUER transports us to a time when much of the world was eager to forget the atrocities of the Second World War, despite the fact that many of the perpetrators remained at large. But make no mistake: it is also a film about the world of today, where justice continues to be undermined by economic interests.