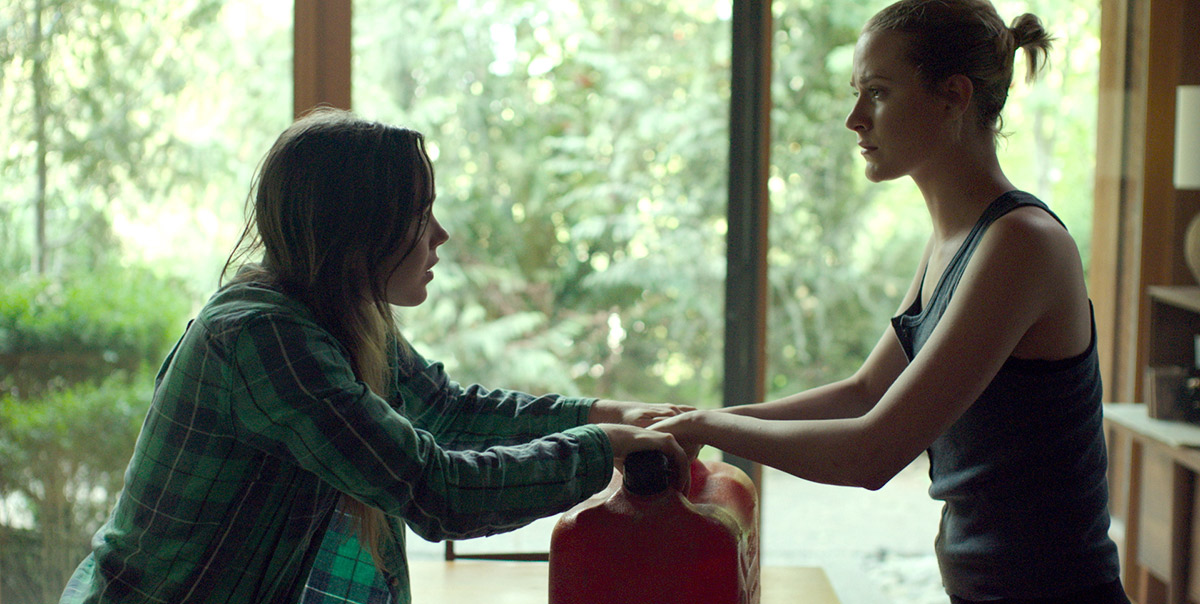 Patricia Rozema became one of the breakout stars of the Toronto New Wave with the classic films I've Heard the Mermaids Singing, When Night is Falling, and her sumptuous adaptation of Mansfield Park. Now, after several years of acclaimed television productions, she returns to the big screen with Into the Forest, a gripping story about two sisters who are forced to fend for themselves in a society on the brink of collapse.

Based on Jean Hegland's novel of the same name, Into the Forest takes place in the near future, as a massive power outage overwhelms all of continental North America and sets off a fight for human survival. Living with their father, Robert (Callum Keith Rennie, who also appears at this year's Festival in Born to be Blue), in a beautiful house more than forty kilometres from the nearest town, sisters Nell (Ellen Page) and Eva (Evan Rachel Wood) gradually become aware of the severity of their situation, as their supplies dwindle and the blackout continues with no end in sight. Battling extreme loneliness and faced with the imminent threats of starvation, illness, and intruders, the young women must double down on discipline and creativity in order to ensure that they see the next day.

Page and Wood offer powerful and nuanced performances as Nell and Eva, who are forced to re-examine their place in the world and their relations to the land, their home, and each other.

With Daniel Grant's cinematography rendering the landscape at once sublime and threatening, Into the Forest offers a fresh and potent take on the apocalyptic thriller, exposing the vulnerabilities of our modern world and bringing a humanistic approach to its fearsome vision of an all-too-plausible future.