A cybernetic super-soldier kicks, punches and parkours his way across Russia to save his wife from a psychotic paramilitary psychic bent on world domination, in this non-stop, white-knuckle, crackerjack thrill ride. 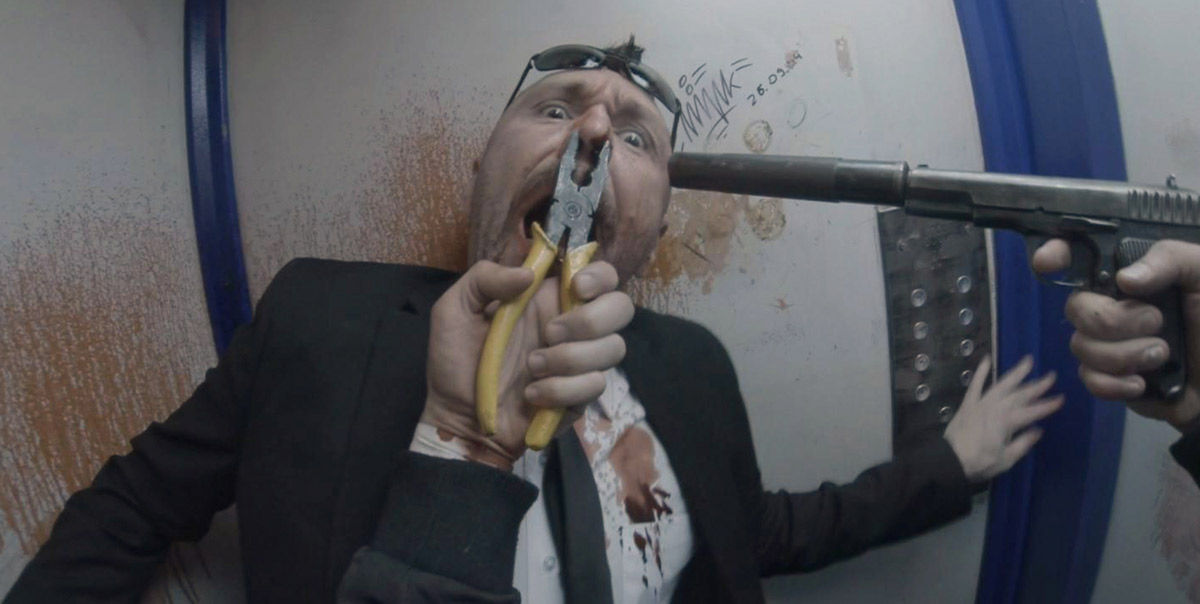 A lot can happen in a Moscow minute, and in Hardcore you will experience every delirious second through the eyes of Henry, a newly resurrected cybernetic super-soldier tasked with saving his brilliant wife Estelle (Haley Bennett) from a psychotic paramilitary psychic who aspires to make it in the world-domination racket. With guidance from the eccentric Jimmy (a sublimely silly Sharlto Copley), Henry will punch, kick, parry, and parkour his way across Russia, battling all manner of gun-toting, sword-wielding, flame-throwing mercenaries — as you watch from the driver's seat.

After breaking the Internet with a jawdropping first-person-perspective music video for his band Biting Elbows, director Ilya Naishuller doubles down with his debut feature. Once again delivering outrageous, unbroken POV action, he pushes the conceit to dizzying heights, hurtling the camera through a parade of breathless spectacles. Assisted by a team of fearless cinematographers and stunt performers, Naishuller's astonishingly propulsive style — recalling the mechanized gaze of James Cameron's and Paul Verhoeven's respective cyborgs, as well as the hyperreal aesthetics and minimalist narrative architecture of first-person video games like Half-Life and Mirror's Edge — gives us a new breed of action movie that's practically a pure distillation of the genre itself.

So strap yourself in, put your helmet on, and apply all the action-movie adjectives, because this time they ain't just spewing hyperbole: Hardcore is a non-stop, action-packed, white-knuckle, crackerjack thrill ride, and once it starts, there is no getting off!