Shooting almost entirely within a cab circling the streets of Tehran, the great director Jafar Panahi (Offside, This Is Not a Film) offers a multilayered mosaic of life in today's Iran. 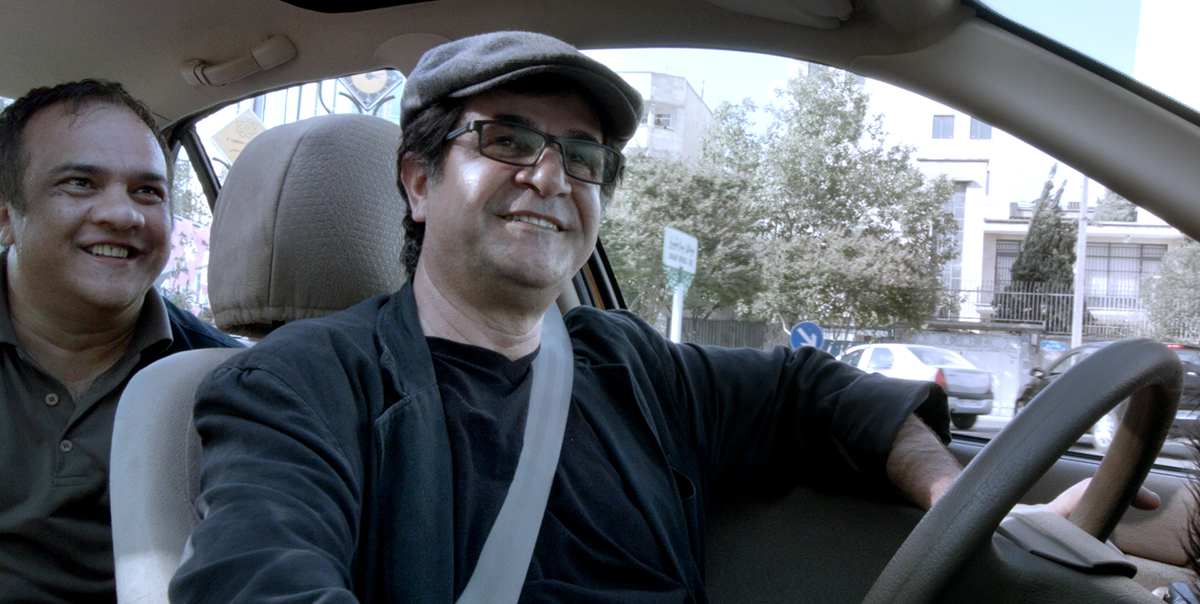 Already revered among cinephiles for such outstanding films as The Circle, Crimson Gold and Offside, the great Iranian director Jafar Panahi came to global attention in March 2010 when he was arrested and sentenced to a six-year term of imprisonment for "propaganda against the Islamic Republic." Although his jail term was commuted to house arrest, Panahi was also subjected to the worst possible punishment for a filmmaker: a twenty-year ban on making films. Nevertheless, Panahi has found resourceful ways to circumvent this ban and continue making his forbidden art: abiding by the letter but certainly not the spirit of his house arrest, he made This Is Not a Film entirely within his apartment, and two years later he collaborated with Kambuzia Partovi on Closed Curtain, which was shot at his summer house.

For his new film, Panahi retreats to an even more confined location: the ingenious Jafar Panahi's Taxi is shot almost entirely within a cab that circles the streets of Tehran, with Panahi himself in the driver's seat. In the course of a day, the cab becomes a stage (or a confessional) for the assorted strangers that Panahi picks up, as the director invites them to speak about their concerns, fears, hopes, and expectations. As Panahi coaxes forth this series of narratives, the camera captures a panorama of the vibrant, bustling, and fascinating city through the car windows. Without ever leaving the cab, Panahi quietly orchestrates a multi-layered mosaic of life in today's Iran.

Welcomed with a standing ovation at the Berlinale — where it was later awarded the FIPRESCI Prize and the festival's top honour, the Golden Bear — Jafar Panahi's Taxi is one of the year's most essential films.