Set in 1990s Paris, the new film from French-Lebanese director Danielle Arbid is a coming-of-age story about a young woman from Beirut whose relationships and encounters reveal different facets of her new country, and of herself. 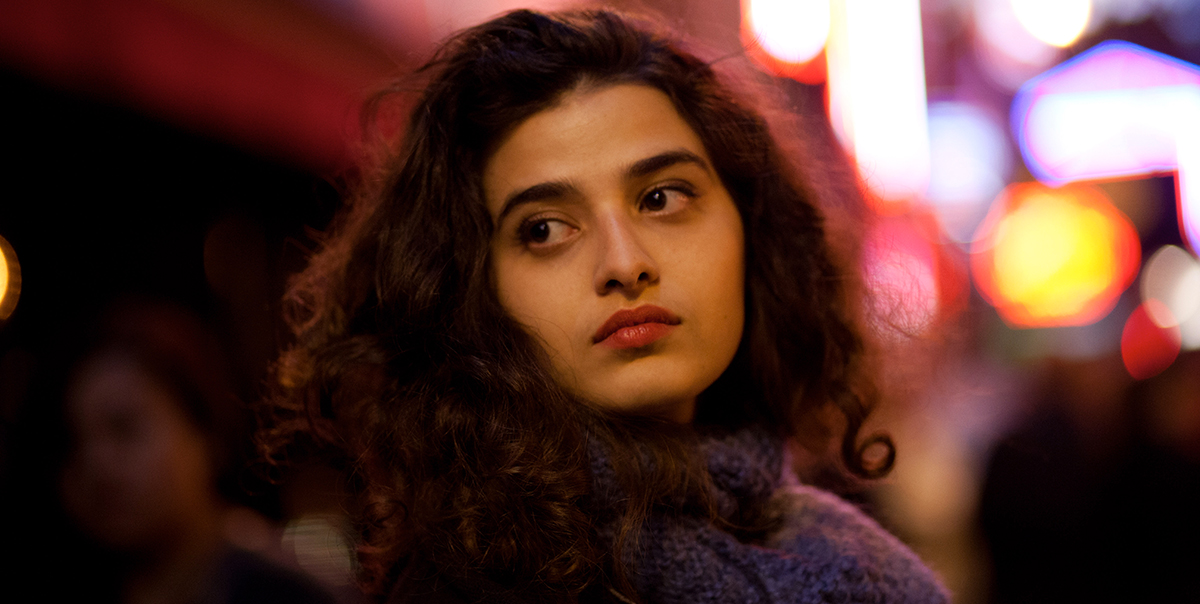 From Jean Renoir's The River to Catherine Breillat's A ma soeur! to Céline Sciamma's Girlhood, French cinema has long excelled at stories of girls becoming women. Danielle Arbid's Parisienne makes a significant contribution to that canon, getting to the heart of what it means to be a young woman in Paris today.

Lina (Manal Issa) is eighteen years old, serious, and strong-willed. She's just arrived in Paris from Beirut to start university and had planned to stay with her uncle, but he turns out to have an unhealthy interest in her. She flees and finds herself on the street. Luckily, she has a magnetic charm that draws people to her. It's not long before new school friends offer her a place to stay and Lina begins her immersion in Paris life.

At a nightclub, she meets Jean-Marc (Paul Hamy), an older married man. For her, the relationship is the beginning of adulthood, but for him it's merely the latest in a string of conquests. Young waiter Julien (Damien Chapelle) seems better boyfriend material — except for his criminal side, which Lina finds dangerously appealing. This is especially risky because her legal status in France isn't secure; she regularly has to clear new bureaucratic hurdles simply to stay in the country.

Inspired by Arbid's own experience of migrating to France, Parisienne unfolds like a cinematic epistolary tale. Using a fluid, intimate style, Arbid charts the stages of Lina's evolution — in intellectual, emotional, and sexual terms — from naive migrant to the Parisienne of the title. As Lina, Issa conveys uncertainty, curiosity, and the same confidence that no doubt brought Arbid herself to the point of being able to tell this story of a young woman whose drive, intelligence, and appetite for life propel her constantly forward.