A patrol of British paratroopers in Afghanistan find themselves caught in the middle of a deathtrap in this remarkable, fact-based war drama from first-time feature director Paul Katis. 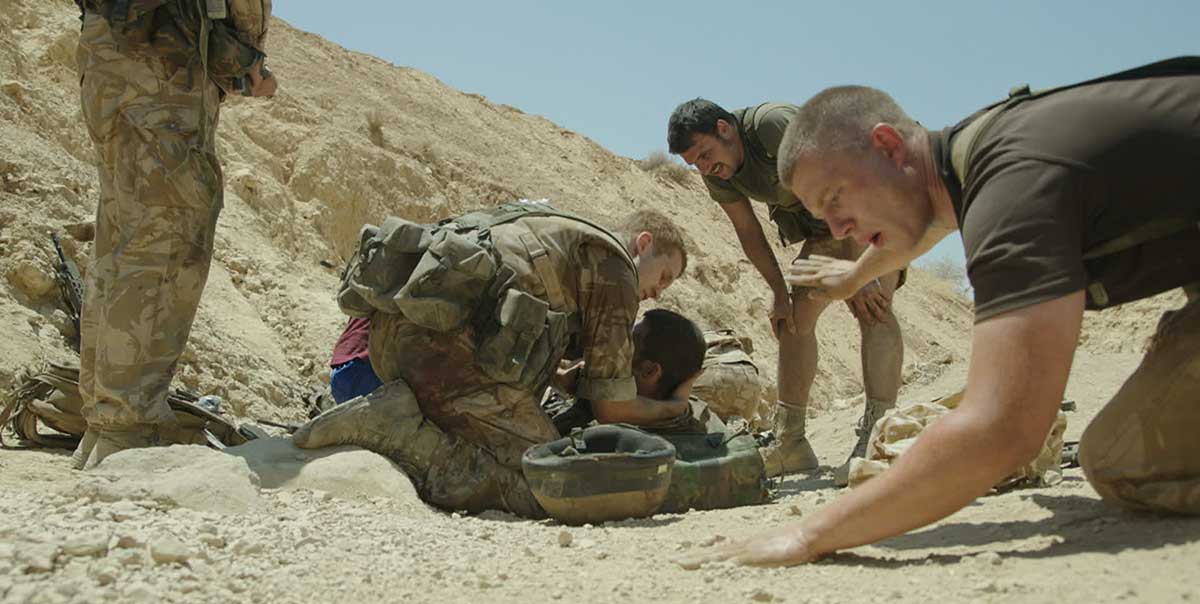 There are war films — and then there are war films. This extraordinary take on a group of British paratroopers who find themselves caught in a deathtrap is one of the most rigorous, haunting, and riveting pieces of filmmaking to deal with the subject in recent memory. It is also one of the most realistic. If films like Apocalypse Now, The Thin Red Line, and Saving Private Ryan indulge in their own form of mythmaking, director Paul Katis sets out to do just the opposite with Kilo Two Bravo.

Set in the mountains of Afghanistan in 2006, and focusing on a small group of soldiers positioned on a hilltop outpost in the country's rugged (and beautiful) interior, Katis' film is about waiting and watching. After relieving another platoon, the new troops familiarize themselves with their temporary home. The "enemy" is invisible; a few locals come into view, but who knows which side they are on. The British army has had a long association with this region — a few lines of Kipling are quoted at one point — but the soldiers are also aware that the Russians, while here in the 1980s, planted "about ten million land mines." The men wonder out loud what they will leave behind. Then, one day, they send a patrol out into the local valley.

What ensues is a slow build towards mayhem. With his fact-based story, Katis demonstrates, with extreme realism and in near-real-time, what happens when soldiers step into harm's way. Action is not the name of this game: no shots are fired; not one fighter for the Taliban is seen. Kilo Two Bravo is about hidden dangers and horrendous consequences. Mesmerizing and deeply thoughtful, it also gives the prevailing sense that this is the closest a filmmaker can bring us to actually being there.