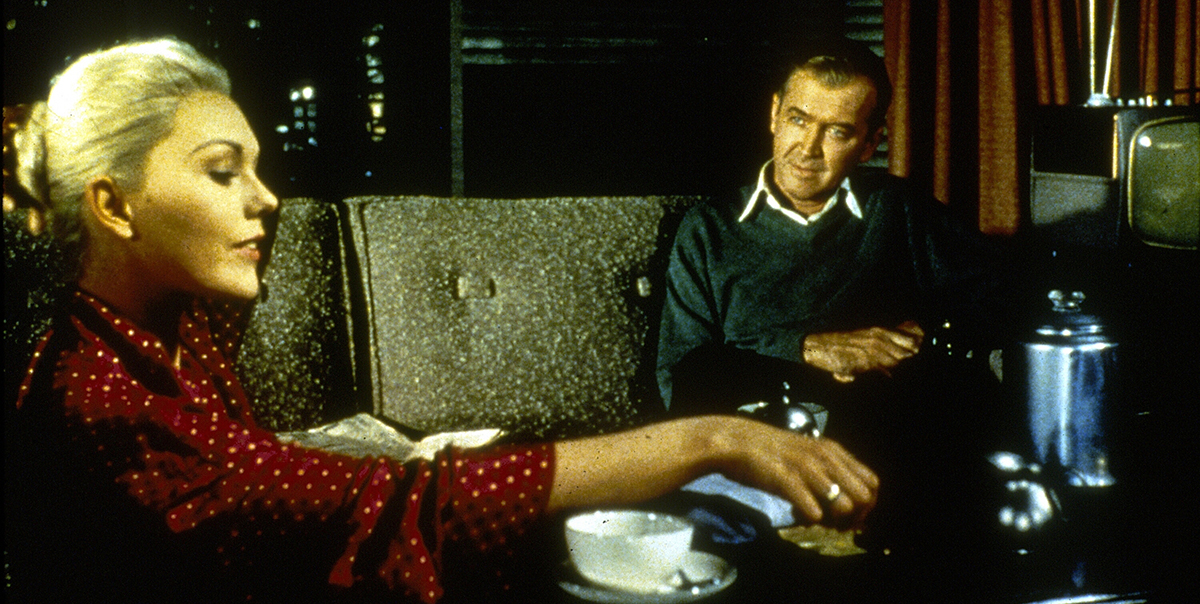 This event is free. Starting September 6, reserve your ticket in person at the Festival Box Office (Metro Centre, 225 King St. W.) or by calling 416.599.TIFF.

Named the Greatest Film of All Time by Sight and Sound as part of its ten-year poll in 2012 (replacing perennial winner Citizen Kane), Alfred Hitchcock's masterpiece about obsessive love is one of the strangest, yet most compelling, films ever made. We are delighted to be screening this extraordinary work with live accompaniment from members of our own Toronto Symphony Orchestra for a free event in celebration of TIFF's fortieth anniversary.

Hitchcock was at the height of his technical and creative powers by the time he made Vertigo. Bernard Herrmann, meanwhile, was on his way to becoming one of the greatest composers in cinema history: he was, in 1958, an Academy Award winner with some twenty-five scores to his credit, four of them for Hitchcock, the director with whom his name is most associated. Herrmann's score for Psycho would become his most recognized and imitated, but the hypnotic music he created for Vertigo is equally affecting. The film is a rare example of all elements coming together — visual mastery, a deceptively simple story with a sophisticated twist, two wonderful actors in James Stewart (as Vertigo's acrophobic cop turned private detective) and Kim Novak (as the mysterious woman he is hired to follow), and a score that itself becomes a major player as it underlines each moment, each unexpected turn.

Hitchcock and Herrmann were on absolutely the same wavelength as collaborators, and to hear this score played by TSO musicians in Roy Thomson Hall, the home of our Galas since 1994, will be an event to remember. Sit back and enjoy a once-in-a-lifetime experience — the world's best film accompanied live by our city's superb orchestra. The Festival is also proud to present the new documentary Hitchcock/Truffaut, in which director Kent Jones gives us penetrating new insight into Hitchcock's unparalleled artistry.

The Producer wishes to acknowledge the contributions and extraordinary support of John Waxman (Themes & Variations).A Symphonic Night at the Movies is a production of PGM Productions, Inc. (New York) and appears by arrangement with IMG Artists.