Seven years after his much-loved zombie thriller Pontypool, Canadian maverick Bruce McDonald returns to the horror genre with this deliciously creepy tale about a pregnant teen whose home is besieged by a ghastly crew of trick-or-treaters. 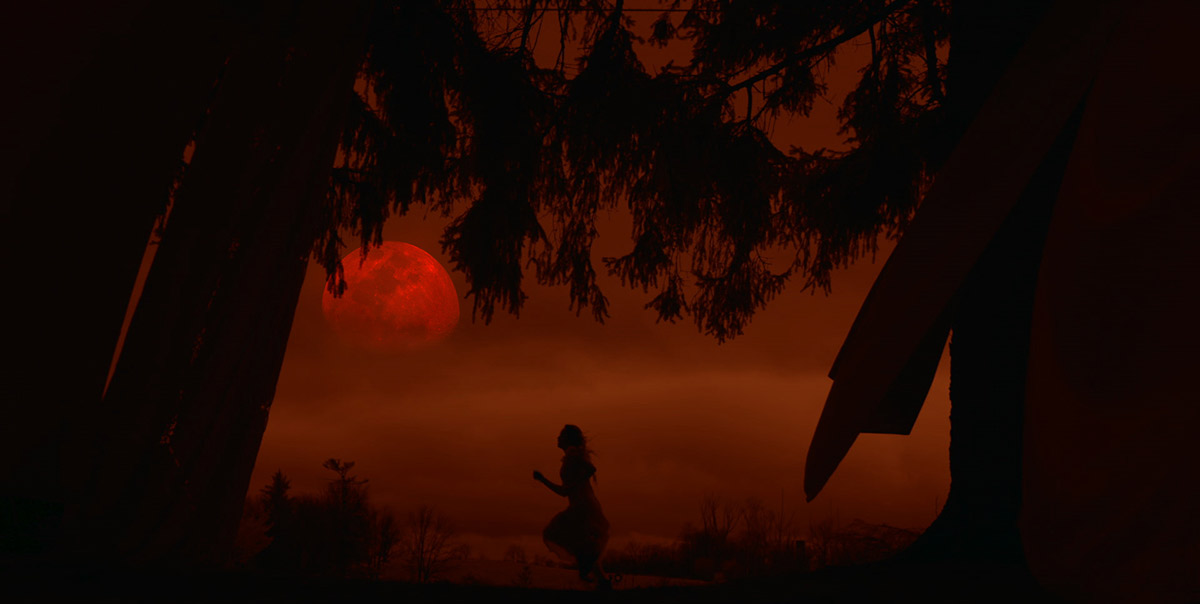 Seven years after Pontypool, his acclaimed reimagining of the zombie movie, Bruce McDonald makes his long-awaited return to the horror genre with Hellions, which takes a classic horror premise — a vulnerable protagonist trapped in a remote location and besieged by supernatural forces with sinister designs on something the hero holds dear — and spins it out to remarkably surreal lengths.

It's Halloween in the small town of Waterford, which means that it's an especially important day for the self-proclaimed Pumpkin Capital of the World. And it's an even more monumental day for Dora (Chloe Rose), a teenager who's just learned that she's pregnant. Desperately trying to figure out how (or if ) she'll break the news to those most important to her, Dora mopes at home as her mother and little brother go out trick-or-treating. But there are strange things happening outside: small kids in the creepiest costumes imaginable keep turning up at her door. As the night wears on, Dora realizes that these unwelcome visitors want her unborn child — and they aren't especially patient.

Working from Pascal Trottier's genre-savvy script, McDonald derives some powerfully eerie menace from the demonic kids pursuing his heroine. They look like the Children of the Damned kitted out in the potato-sack/rust-bucket couture of such down-home horror villains as Leatherface. Even more impressive, however, are the extraordinarily stylized visuals as Dora flees through a surreal, ever-changing landscape, which invest this already creepy movie with a wild, psychedelic kick.