In this dreamlike fusion of documentary and fable, two young, impoverished Mayan lovers escape from their servitude on a remote Guatemalan coffee plantation and attempt to make their way to the United States. 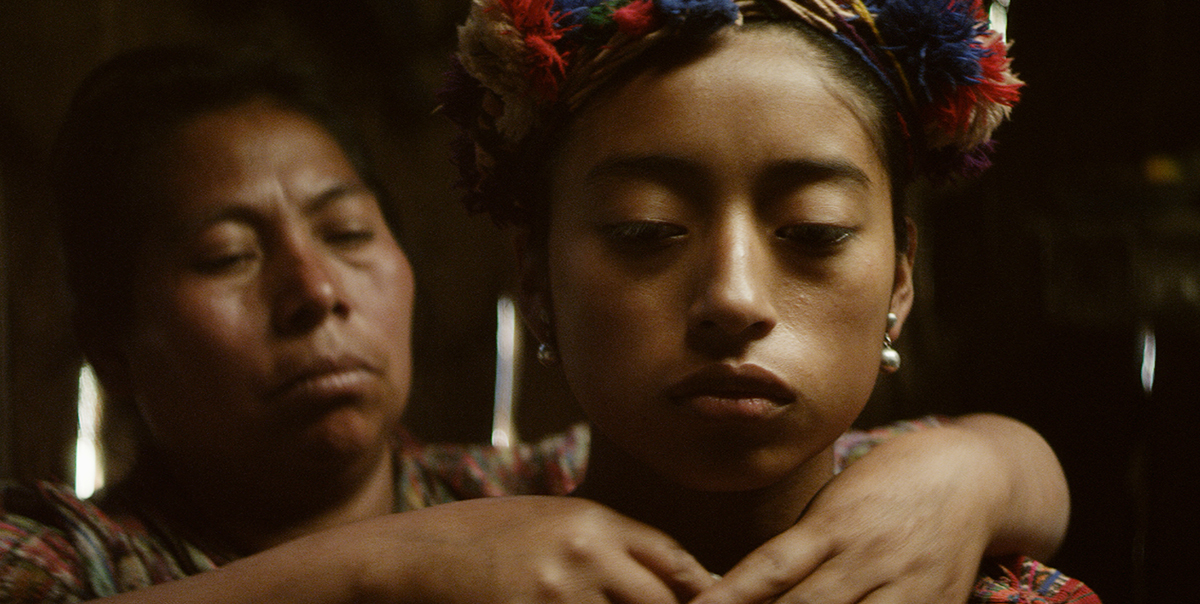 The brilliant debut by Guatemalan filmmaker Jayro Bustamante is a mesmerizing fusion of fact and fable, a dreamlike depiction of the daily lives of Kaqchikel-speaking Mayans on a coffee plantation at the base of an active volcano. Immersing us in its characters' customs and beliefs, Ixcanul chronicles, with unblinking realism, a disappearing tradition — and a disappearing people.

Seventeen-year-old María (María Mercedes Coroy) and her family harvest coffee beans for Spanish-speaking foreman Ignacio, to whom María is promised in marriage. But María yearns for young picker Pepe, who dreams of leaving the region and travelling to what he calls "the other side of the volcano": the United States. When María and Pepe do come together late one evening, their union has tragic consequences.

The ominous snakes that pervade the mountain's slopes seem to foretell the dangers that await Guatemala's Mayans as modernity encroaches, and Bustamante is most concerned with this clash of civilizations. When María is thrust into her first-ever trip to the city in order to visit the hospital, an unfair balance of power is glaringly apparent. Unable to speak Spanish, Maria and her parents are at a disadvantage, and the city seems ready to swallow them whole.

For all its beauty, Ixcanul takes aim at the bureaucratic obstacles that leave Guatemala's indigenous peoples so vulnerable in the face of a Eurocentric culture and language they don't understand.