Ukrainian filmmaker Sergei Loznitsa follows his monumental documentary Maïdan with this found-footage epic about the failed coup of August 1991 that signalled the fall of the Soviet Union. 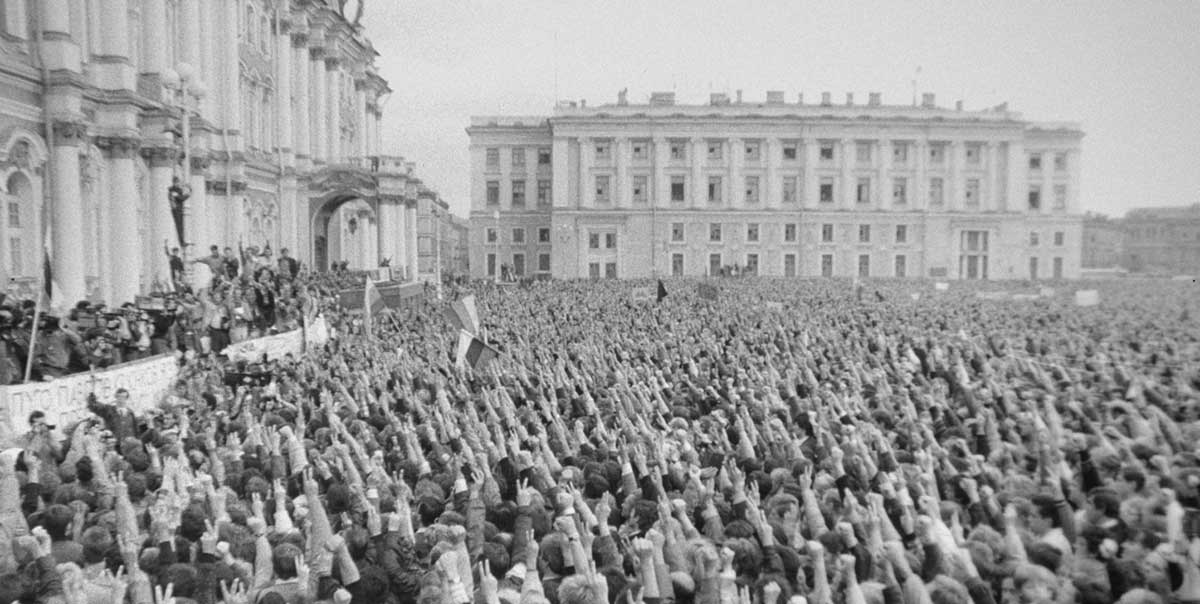 In August 1991, a failed coup d'état in Moscow by a group of communist reactionaries expedited the demise of the ailing Soviet Union. As the hammer and sickle that flew over the Kremlin was replaced by the tricolour of the Russian Federation, the event was hailed around the world as marking the fall of communism and the birth of Russian democracy. A quarter of a century later — and at a particularly trying time for Russian democracy — Ukrainian filmmaker Sergei Loznitsa follows Maïdan, his monumental documentary about last year's historic protests in Kiev, with The Event, a powerful montage film that revisits a crucial turning point in Russian history.

Reminiscent of Loznitsa's 2006 film Blockade (about the disastrous Nazi siege of Leningrad), The Event is comprised entirely of ashen black-and-white archival footage shot in Leningrad during the days of the 1991 putsch, presented without voiceover. As in Maïdan, the absence of commentary transforms the film into a searching portrait of — and speculation on — the crowds that flood the streets during this time of revolutionary ferment. Who are these people gathered on Palace Square like a scene from the 1917 October Revolution, and who or what are they fighting for? Whose point of view does the camera represent and record? Is this the fall of an empire, or merely a creative rebranding?

Both rousing and ruminative, The Event captures an impassioned people caught up in the fear, euphoria, and confusion of a profound political transformation. Charting that conversion with his characteristic elegance, lyricism, and probing intelligence, Loznitsa has created a vital document of a great city at a time of historic upheaval.