Irrfan Khan (Life of Pi, The Lunchbox) stars in this dramatization of the notorious “Noida Double Murder Case,” which set off a media frenzy around the world in 2008. 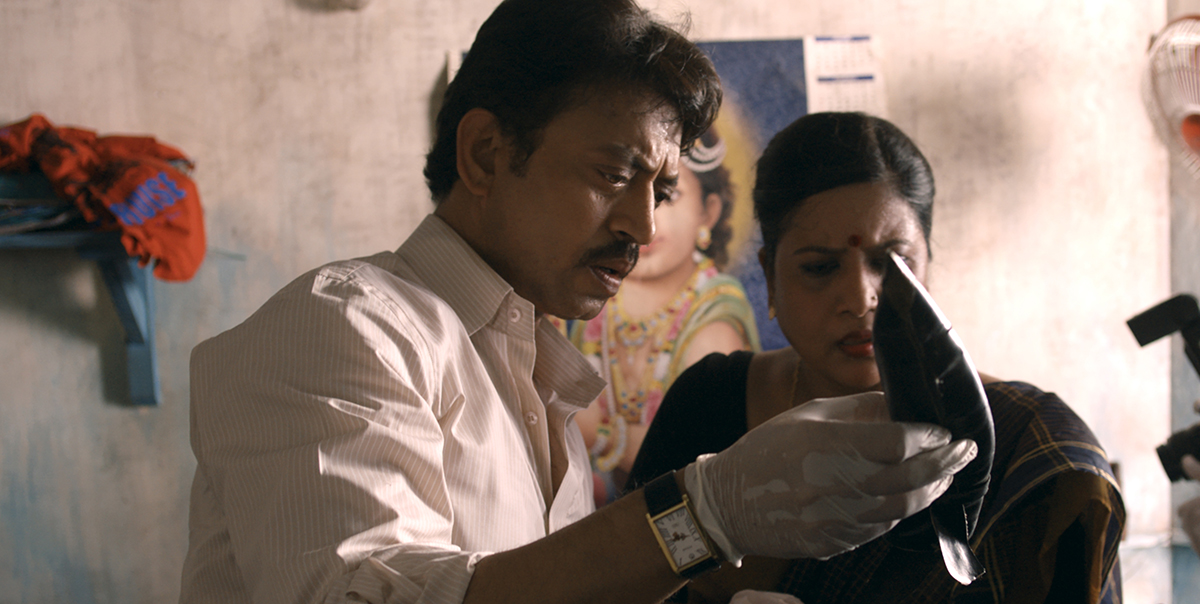 One of India's greatest actors, Irrfan Khan, last seen at the Festival in 2013's The Lunchbox, stars in this dramatization of the notorious 2008 Noida Double Murder Case, which set off a media frenzy around the world.

The day after fourteen-year-old Aarushi Talwar is found murdered in her home, the body of her family's house servant is discovered just steps away from the scene of Aarushi's death. The police deem it an honour killing, as she had allegedly brought shame to her family by having an affair with the servant. Despite a lack of evidence, Aarushi's parents are convicted of the gruesome crimes. Yet the case is riddled with ambiguities that leave more than a shadow of doubt as to whether justice has been served.

Employing the structure of a classic whodunit, director Meghna Gulzar reconstructs the botched police investigation, the subsequent inquiry into the case, and the trial by public perception that took place when Aarushi's grieving parents were taken to court.

As we jump between various accounts of the night of the murders, the mystery deepens, and the search for truth takes on a mounting sense of urgency. Khan plays the lead detective with wit, depth and an engaging unpredictability. It's a performance in keeping with the multifaceted nature of the film.

Guilty is a taut and compelling thriller that's also a scathing look at the roles played by the media and judicial bureaucracy in upending the scales of justice.