This wry mockumentary from Vancouver director Mark Sawers envisions a world where women have become asexual and are no longer giving birth to males, and where the dwindling population of men are desperate to reclaim their place in the sun. 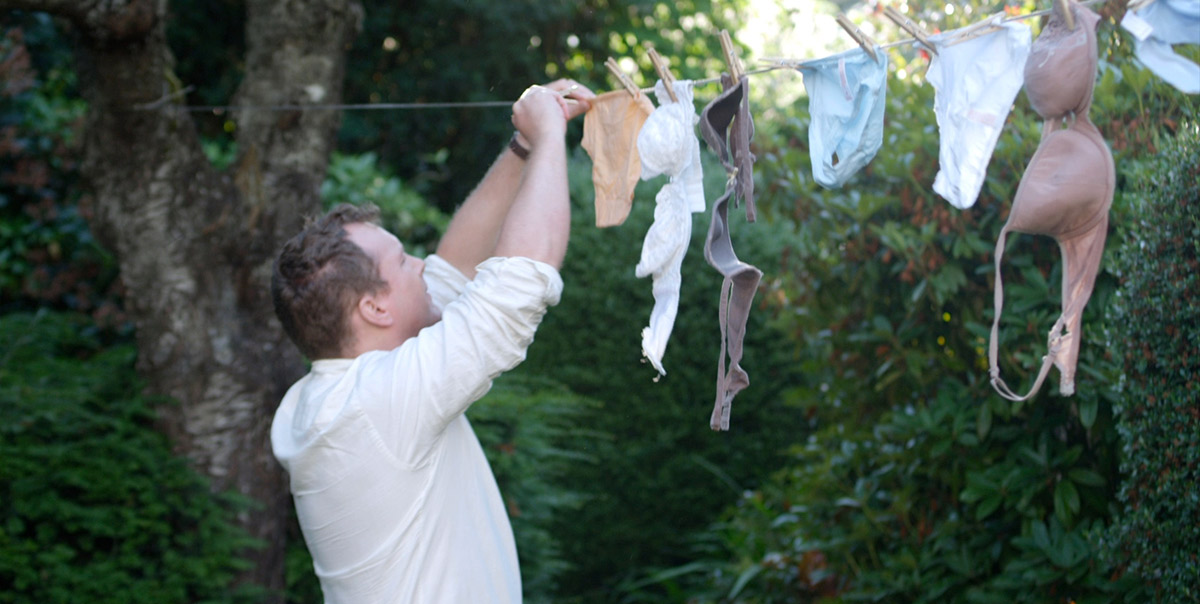 No Men Beyond This Point

No Men Beyond This Point is a wry mockumentary set in a world where men have been taken out of the procreation equation. In this alternate history, the scientific community is at a loss to explain why "virgin births" have been occurring at all, let alone increasing exponentially in number since the 1950s, but they have had to admit it's part of the new natural order — and now that only girls are being born, it seems that men's days on earth are numbered.

At thirty-seven years old, Andrew Myers (Patrick Gilmore) is now the youngest man in the world. He has a quiet life, working as a nanny for Terra (Tara Pratt) and Iris (Kristine Cofsky), until he begins having an affair with Iris and they have to hide their love not just from Terra but from the uptight anti-sex authorities. But just as the dwindling male population — sent to "sanctuaries" where they can quietly finish their lives — decides that it's time to stage a revolt, Andrew and Iris find themselves at the centre of a media frenzy spurred on by the more extremist female government leaders. As the men's comically disorganized comeback flounders, and the end of humanity as we know it approaches, the couple's actions will take on historical proportions.

No Men Beyond This Point is a smart, hilarious take on gender politics, sounding a call for balance — both philosophical and biological — even as it keeps us laughing. A feminist satire with a strong handle on comic role reversals, Mark Sawers' film is a riotous original.