Roland Emmerich (Anonymous) directs this drama about the 1969 Stonewall riots in Greenwich Village, which became a milestone in the LGBTQ rights movement in North America. 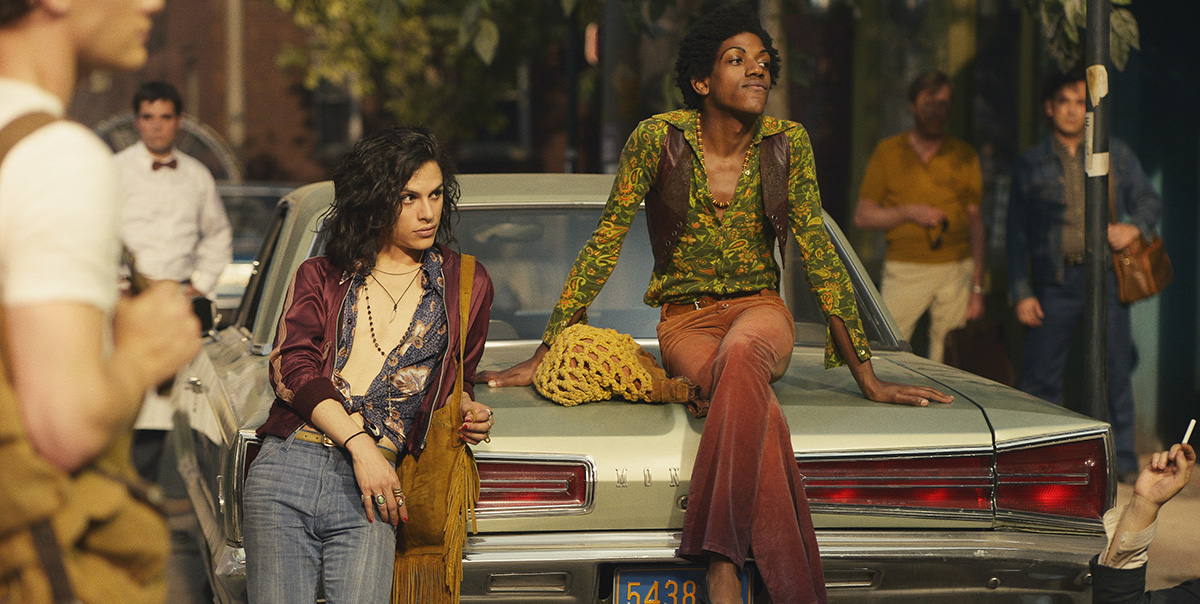 1969's Stonewall riots were a watershed in the gay liberation movement, catalyzing a series of struggles for LGBTQ rights that continue to this day. Stonewall deserves to be celebrated along with other milestones of social change, to enter the mainstream, to be seen on the biggest possible canvas — and no one does the big canvas like Roland Emmerich. Brimming with the same momentousness and awe that helped make Independence Day and The Day After Tomorrow into blockbuster classics, Stonewall is the perfect fusion of history lesson and high entertainment.

Young Danny Winters (Jeremy Irvine) flees his rural home for New York City with little more than the shirt on his back. Alone and destitute in Greenwich Village, he finds something of a new family in the other kids living on the streets — and something like a new home at the Stonewall Inn. The Stonewall is not an entirely safe home, however — it is owned by the mafia. And New York, despite its exhilarating atmosphere of liberation, is a city riddled with intolerance and violence. The vibrant community of gays, lesbians, trans folk, and drag queens in which Danny has found fun, consolation, and self-realization is targeted by thugs and harassed by the police. But a fire is building inside their hearts, one that will erupt into the streets and change history.

With its great period music, its brilliant colours and costumes, and that heady sense of something in the air, Stonewall transports us back into the past — and becomes an essential movie for the present.