Adrien Brody and Salma Hayek star in this adaptation of the critically acclaimed debut novel by Iranian American author Dalia Sofer, about a secular Jewish family caught up in the maelstrom of the 1979 Iranian Revolution. 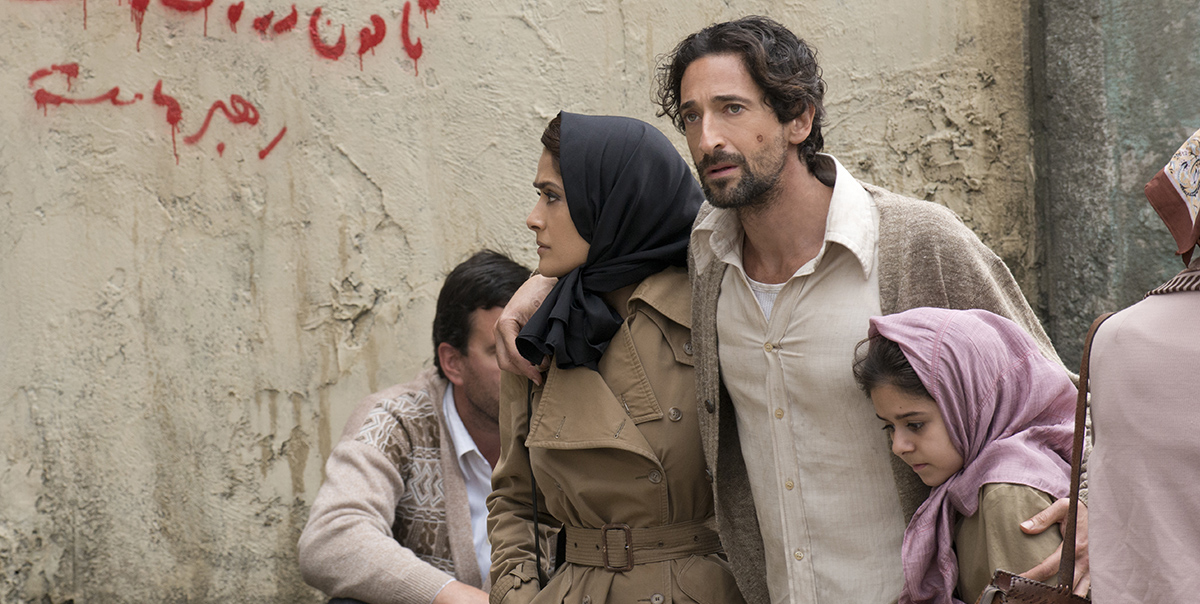 A searing drama that brings to life a chapter of recent history comprehended by too few in the West, Septembers of Shiraz stars Academy Award winner Adrien Brody and Academy Award nominee Salma Hayek (who is also at the Festival as a guest in our In Conversation With... series) as law-abiding citizens whose lives are turned upside down in the wake of the Iranian Revolution.

Someone must have slandered Tehran jeweller Isaac Amin (Brody), for one morning, without having done anything wrong, he is arrested. Surrounded by the Kafkaesque anti-logic of post-Revolution Iran, Isaac is accused — apropos of nothing except, perhaps, his affluence and Jewishness — of spying for Israel. He is taken to a secret prison and subjected to agonizing interrogations, while his distraught wife, Farnez (Hayek), is left to make sense of what has happened, to somehow secure Isaac's release, and to get their family away from this new climate of fear and repression.

Adapted by screenwriter Hanna Weg from Dalia Sofer's bestselling autobiographical novel, Septembers of Shiraz shows the impact of political upheaval on ordinary people, paying particular attention to the subtle ways in which unrest exacerbates community tensions — a theme most cogently expressed in the scenes with the Amins' pro-Revolution housekeeper, who is given a fascinating portrayal by Academy Award nominee Shohreh Aghdashloo (House of Sand and Fog).

Director Wayne Blair (The Sapphires) brings a high level of suspense to his latest film, a gripping story of a family united by strife and an incisive examination of a troubled moment in history.