In this deliriously funny comic romp set in 1990s London, a young record label A&R rep (Nicholas Hoult) does anything and everything to get ahead in the shark tank of the Britpop-era music industry. 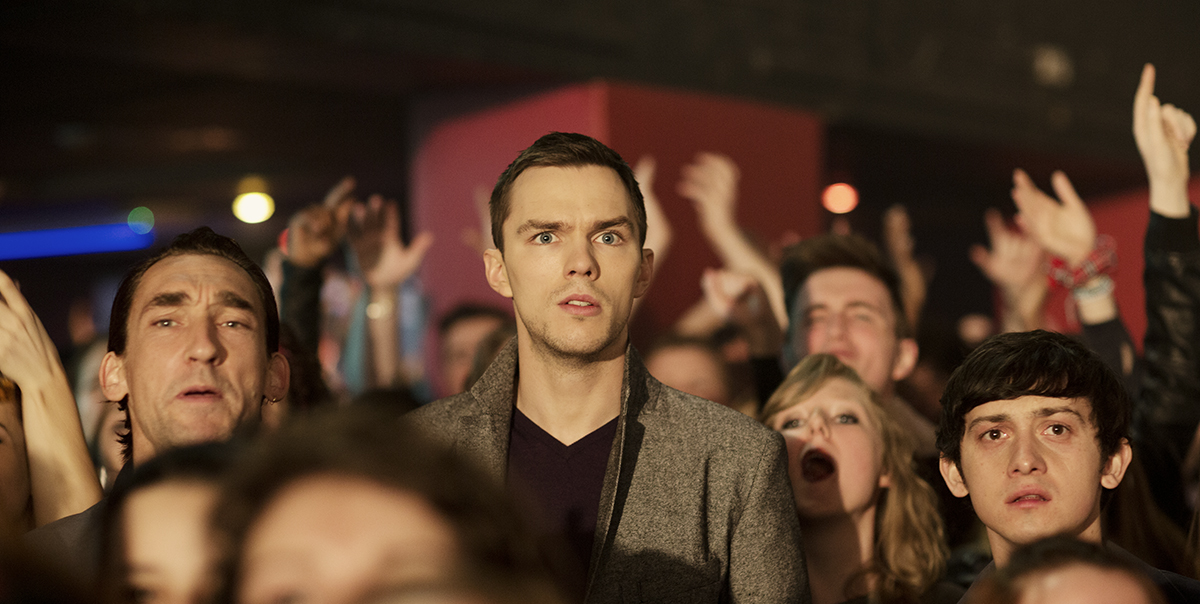 This outrageously original comic romp follows a young record company A&R man in 1997 London as he plots to survive the shark tank that is the music industry, staying ahead of rivals and colleagues while maintaining both his job and his sanity. You will snicker and scowl as Steven Stelfox (Nicholas Hoult) does everything in his power for No. 1 — i.e., himself.

Steven is not particularly skilled as a finder of new talent, nor does he harbour any scruples. But he does understand, perhaps better than the rest, that nothing replaces a ruthless Machiavellian will, which he hones while pretending to be a nice, friendly team player. His job takes him to Cannes for an annual convention where cocaine and girls are at least as big a priority as the music, and then back to Cool Britannia to push the hell out of a crazy German rock act he signs to justify the trip.

Undermining colleagues to his advantage in front of his boss is but one of Steven's many cutthroat tactics, all of which are detailed with savage energy and unfettered glee by Hoult and first-time feature director Owen Harris, who both seem finely attuned to the duplicities of the game. And this is indeed a game, one with formidable players like Steven's seemingly docile assistant, who pushes new bands in front of him as quickly as he throws out their demos, and a seriously smart A&R rival who knows far more about new music than our protagonist does.

These Britpop-era movers and shakers brilliantly capture the hedonism and schadenfreude of a latter-day generation of self-centred and smugly self-satisfied rock-music entrepreneurs. Nothing could be more fun than killing your friends — at least in the way Kill Your Friends so delightfully describes!