A squad of unsuspecting cops go through a trapdoor to Hell when they stumble upon a Black Mass in an abandoned building, in the tour-de-force feature debut from ferociously talented director Can Evrenol. 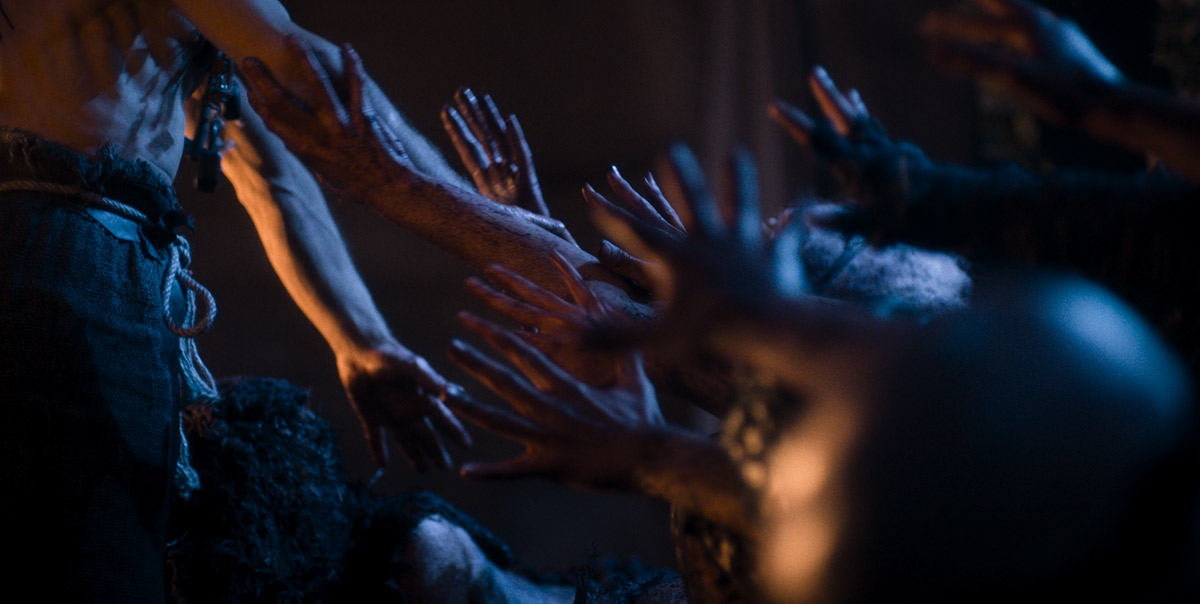 What should be a routine night on patrol becomes a trip into the darkness of the mind and soul for a squad of unsuspecting cops in this tour-de-force feature debut from the ferociously talented director Can Evrenol. Based on Evrenol's terrifying 2013 short of the same name, and drawing upon a diverse range of inspirations — not only such films as Quest for Fire, Apocalypse Now, and Hellraiser but also the paintings of Caravaggio, Bosch, and Giger — Baskin offers up a nightmarish compendium of imaginative frights that will leave even seasoned horror-movie fans reeling.

Responding to an emergency call for backup, the squad arrives at an old building to find an abandoned patrol car and no sign of their comrades. Entering the building and making their way to the basement, the officers catch glimpses of grotesque and unnerving images in the shadows. Soon it becomes apparent that they have stumbled into the middle of a ritual celebrating the black arts — a celebration where they may be the unwitting guests of honour. What began as a detour into the Twilight Zone becomes a shortcut to Hell.

Tense and terrifying, Baskin will invade your dream space with its unforgettable images and the unimaginable monstrosities lurking just outside your range of vision.

This screening promises to be just as disturbing and scandalous as the 2008 Midnight Madness showing of Pascal Laugier's Martyrs — and, at the very least, we might just set the world record for the largest number of people gathered together in North America to see a Turkish movie at midnight.