A successful film composer (Academy Award winner Jean Dujardin, The Artist) falls in love when he travels to India to work on a Bollywood retelling of Romeo and Juliet, in this glorious romantic drama from the great French director Claude Lelouch (A Man and a Woman). 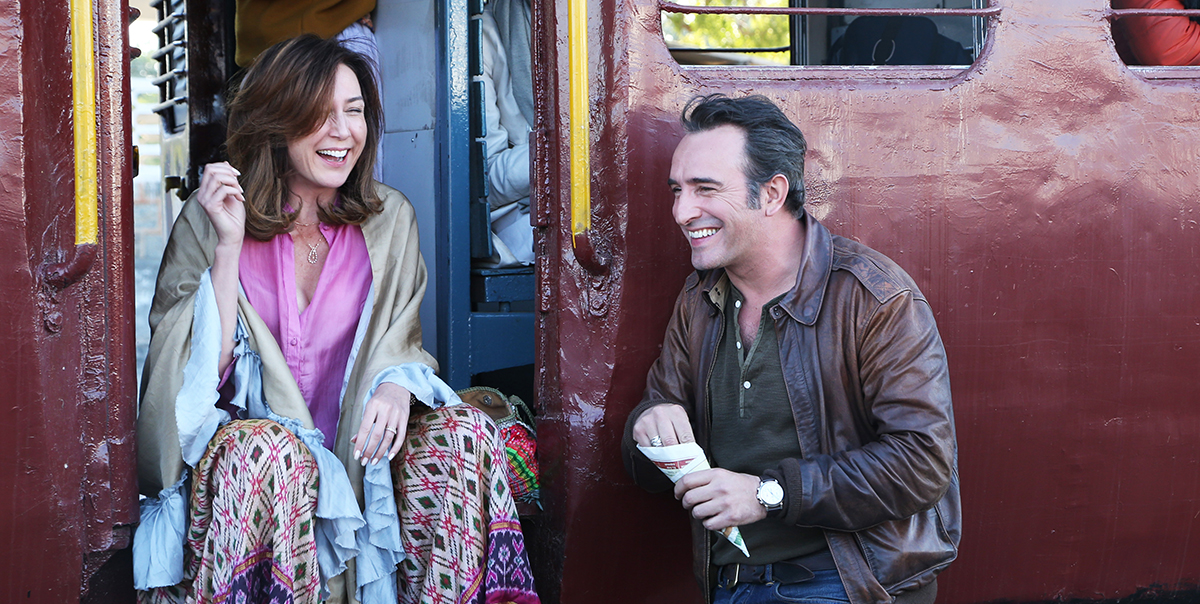 From Claude Lelouch, the legendary French director of Les Uns et les Autres and the Oscar-winning A Man and a Woman, comes another gorgeous love story built around an unforgettable pairing. Un plus une is a classic romance, but with a twist.

Jean Dujardin (The Artist) plays the charming, rakish Antoine. A successful film composer in Paris, he leaves his latest lover behind when he jets off to India to work on a new film. On his first night there, he's dragged to a dinner in his honour, hosted by the French ambassador (Christophe Lambert). It's the kind of tedious affair he's gotten used to enduring, but he's seated beside the ambassador's wife, Anna (Elsa Zylberstein). She's full of life and curiosity; he's comically vain and world-weary. By the time dessert arrives, the sparks have started to fly.

Drawn to the country's spiritual traditions, Anna is planning a pilgrimage to the south of India to visit Amma, the real life healer known as the "hugging saint." Antoine is dismissive at first, but so drawn to Anna that he's willing to follow her anywhere. As in a classic big-screen romance, the two opposites set off on a grand train journey. Their love deepens as they near their destination. But her husband hasn't exactly disappeared, nor has Antoine's girlfriend back in Paris.

Un plus une is steeped in cinema and a complete pleasure to watch. Lelouch fills it with crackling dialogue, heady scenes of seduction, and glorious music, all of which rival anything in his past successes. He also makes sure to shade Anna and Antoine with darker elements from their pasts that give increasing weight to their passion.

Graced by an expert understanding of both love and the movies, Un plus une gains a jolt of energy from its Indian setting and dazzling chemistry from its stars.