An excess-prone twentysomething deadbeat must get his act together for his ailing mother — so he does that to excess too — in this funny, angry and tender directorial debut from producer Josh Mond (Martha Marcy May Marlene). 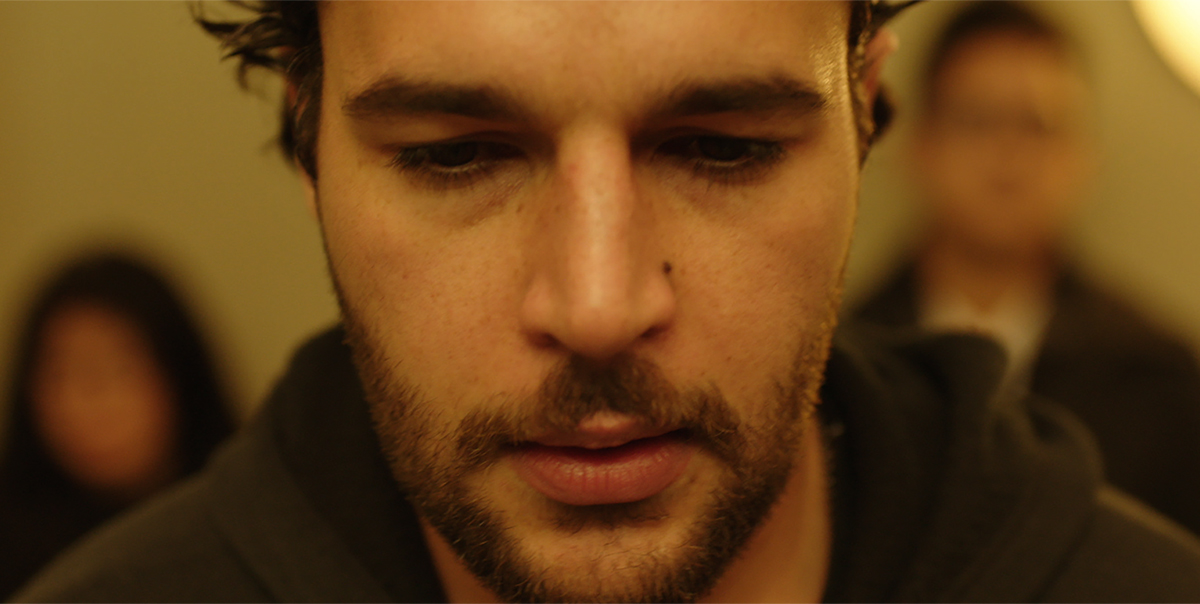 James White (Christopher Abbott) is a deadbeat, self-destructive general fuck-up. We first meet him on the morning of his estranged father's funeral — he arrives late, still drunk from the previous night's bender, and it's obvious that this is not unusual behaviour for him. In his late twenties, he's unemployed despite his extreme intelligence, and living on his mother's couch.

Though his mom, Gail (Cynthia Nixon), disapproves of his unfocussed lifestyle, she's battling cancer and depends on him to take care of her. Under constant pressure from her to get his shit together, and longing to escape the emotional extremity of his everyday life, James seeks refuge in sex and substance abuse, alienating everyone around him. But when Gail's health declines seriously, James is faced with a heartbreaking reality that he can't ignore.

Everything about James White is intense. The photography isn't just in close-up; it's in extreme close-up, almost to the point of claustrophobia. The sound isn't just present; it surrounds you. And you constantly feel that you're in New York City, though you never really see it. This deep immersion in James' experience results in the realization that there's something lovable about him. He may do everything to excess — why just drink when you can binge? — but that also means that he does much more than just care for his mother; he never leaves her side.

Full of humour, anger, and tenderness — thanks in no small part to the fearless performances of Abbott and Nixon — James White is the product of an uncompromising vision that establishes Mond as one of the most exciting new directors in American cinema.