Orphaned by the brutal Soviet collectivization campaign of the 1930s, a young Kazakh boy takes to the mountains and lives amongst a pack of wolves. 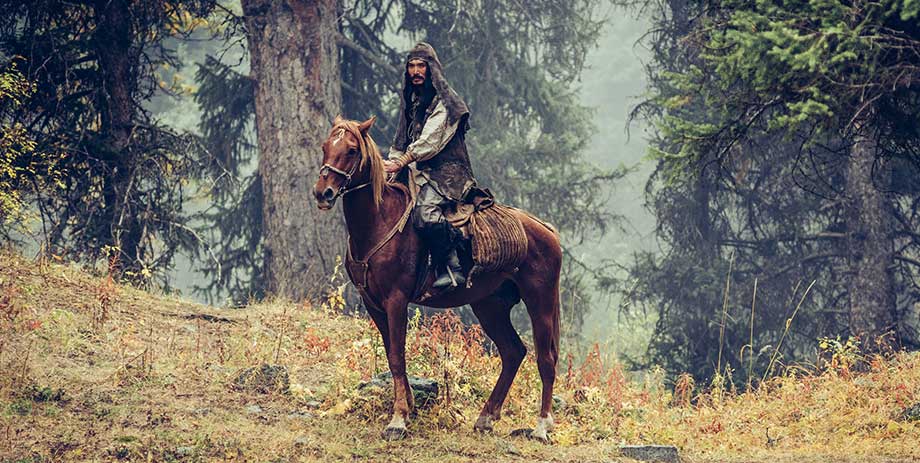 Kazakh director Yermek Tursunov first thrilled Festival audiences in 2009 with his groundbreaking debut feature, Kelin. In his new pastoral epic, he charts the turbulent history of Kazakhstan in the early twentieth century, telling the story of a nation fighting to retain its humanity.

Our story begins in the steppes of 1930s Kazakhstan, where little Ilyas lives with his father amidst the ravages of famine and the terrorizing collectivization imposed by the Soviet Union. Orphaned by the systematic purge that took his father away in the dead of night, Ilyas escapes to the mountains. There, he turns his back on progress, taking up with a pack of wolves and choosing to live according to ancestral ways. Yet he remains watchful of the changes occurring down below.

His chosen way of life, his ever-growing longing for villager Kamshut, and the rising dominance of Soviet modernity will prove to be the sources of Ilyas' lifelong struggle.

In Stranger, Tursunov has crafted a magnificent work of classical cinema with a rich narrative that has roots both in Kazakh folklore and in the nation's more recent history. The physically imposing actor Yerzhan Nurymbet, who worked with Tursunov on Kelin, here delivers a wrenching performance as Ilyas, a man who bears the pain of his nation with dignity and strength.

Musing philosophically on the themes of freedom and fate, Stranger is a compelling parable about the essence of the human spirit.