Mark Ruffalo, Rachel McAdams and Michael Keaton star in this true story about a team of Boston Globe reporters who uncovered a massive scandal of child abuse and cover-ups within the local Catholic Church. 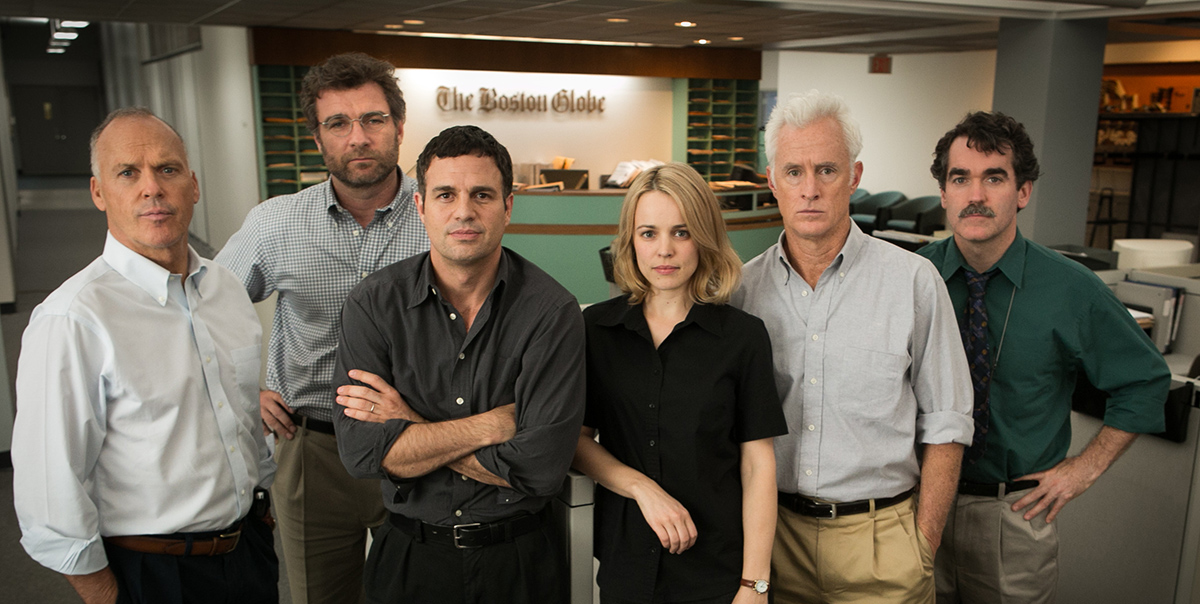 An urgent procedural concerning one of the most painful scandals in recent memory, the latest from writer-director Tom McCarthy (The Station Agent, The Visitor) tells the true story of how the Boston Globe revealed the Catholic Church's cover-up of widespread child molestation within the Massachusetts priesthood.

The year is 2001. Walter "Robby" Robinson (Michael Keaton) leads the Globe's investigative unit, which includes Michael Rezendes (Mark Ruffalo), Sacha Pfeiffer (Rachel McAdams, also appearing in the Festival in Every Thing Will Be Fine), and Matt Carroll (Brian d'Arcy James), in an inquiry regarding sexual abuse by Catholic priests. They have their work cut out for them. Despite repeated allegations — decades worth — of misconduct against minors under its care, the Church has long made a habit of simply moving the accused priests from parish to parish rather than allowing them to face justice. As the Globe's team finds layer after layer of cover-up, their investigation becomes a quest that goes on for months, pushing their psychological endurance to the limit.

Fusing the newsroom politics and investigative momentum of All the President's Men with the thematic heft of Sleepers, Spotlight traces the workings of the journalistic exposé that garnered the Globe a Pulitzer.

Featuring compelling performances from many of today's finest actors, and propelled by Howard Shore's sombre score, this is easily McCarthy's most ambitious production. Yet Spotlight is very much in keeping with the gifted filmmaker's previous works. It tells a tale of tragedy befalling ordinary people, and of the fragile but real comfort yielded when hard truths are brought into the light.