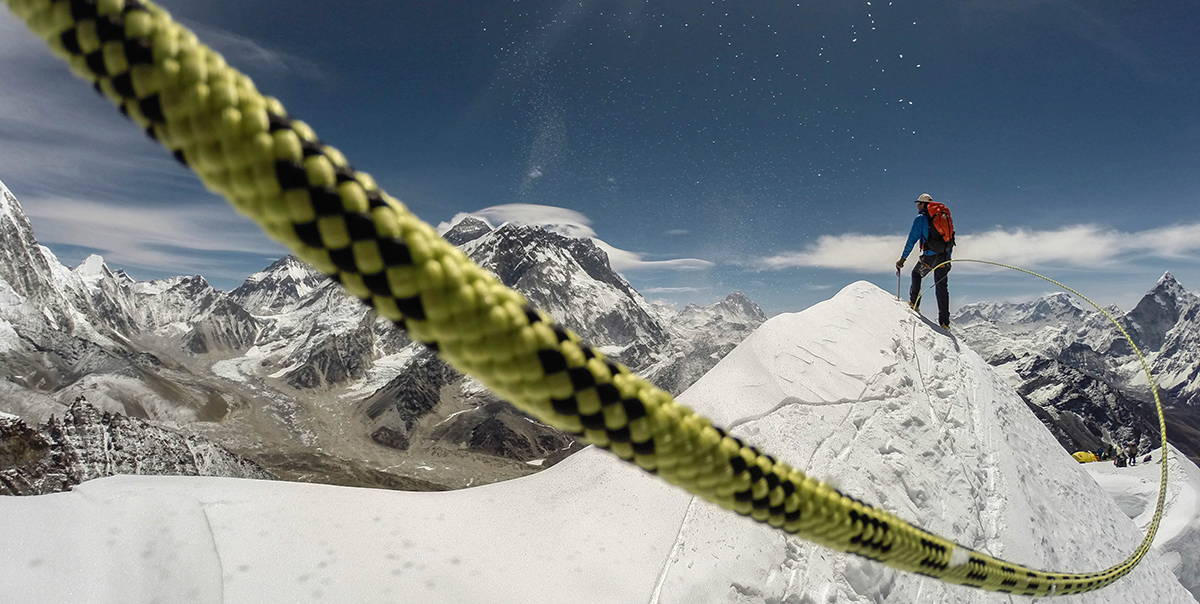 Mount Everest inspires numerous stories putting foreign climbers at the peak of attention. Sherpa shifts the focus to the Himalayan locals who do most of the heavy lifting on the mountain they call Chomolungma. Veteran director Jennifer Peedom follows an expedition with Phurba Tashi Sherpa, preparing for his world record-setting 22nd ascent as a guide. Shot in 2014, the film also documents unprecedented upheaval as an avalanche kills sixteen Sherpas and the tragedy incites others to challenge the status quo.

In a film of nail-biting suspense and stunning cinematography, Peedom sensitively explores the complicated dynamics — social, environmental, economic, and political — that have, with increasing peril, turned Chomolungma/Everest into a big business. Her narrative skilfully covers a wide cast of characters: the Sherpas include committed old hands and rebellious newcomers, while the outsiders range from compassionate toward the locals, to clueless. The film compares Eastern versus Western views on how to regard the mountain. Writer Ed Douglas, interviewed in the film, fills in the history that led up to the clashes of 2014.

The number of adventurers looking to climb Everest has grown dramatically over time. Aerial shots reveal that its treacherous pathways have become a traffic jam of climbers, as hundreds of thrill-seekers pay up to US$75,000 for the experience. Sherpas earn around $5,000 for an entire season's work.

With the global rise of income inequality, Sherpa is particularly relevant as it details the stark contrast between those who undertake the hardest work and those who reap the benefits.