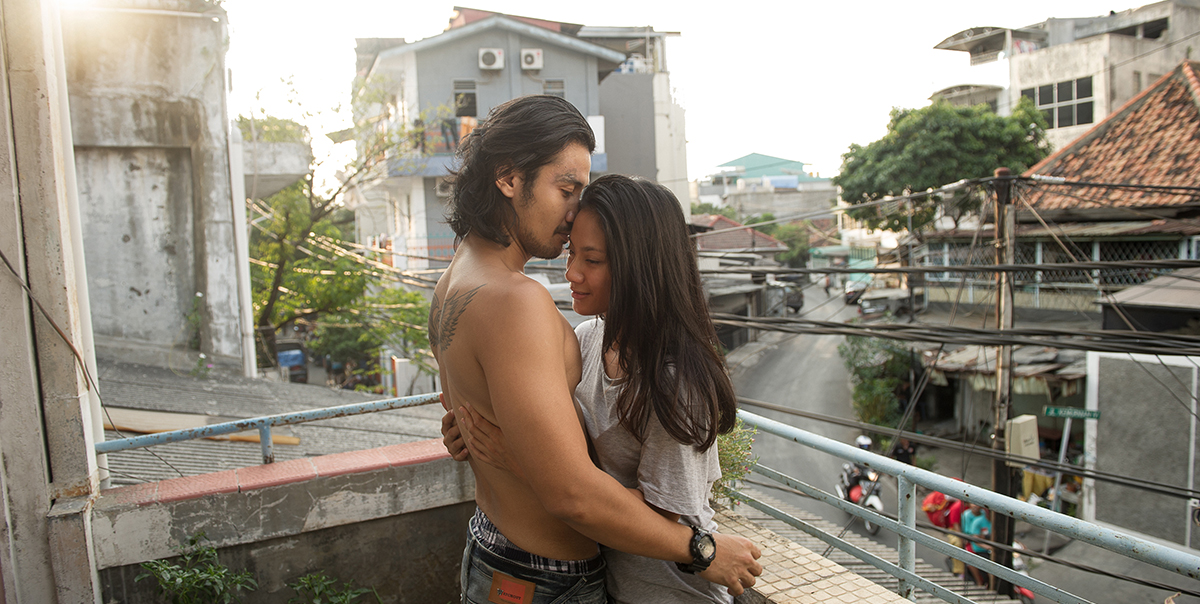 A Copy of My Mind

A tale of young lovers who get in over their heads trying to eke out a living in the big city, the latest film from Indonesia's versatile Joko Anwar delivers a wry commentary on what it takes to get ahead in modern Jakarta.

After two years in the city, Sari (Tara Basro) is still popping clients' pimples at a beauty salon, still living in a dorm-like room, still spending her evenings watching pirated DVDs. But it's one of those DVDs that leads her to Alek (Chicco Jerikho); they meet when Sari returns a disc to its retailer, complaining that Alek's hastily made subtitles are awful. Alek gains the upper hand when he catches Sari trying to steal a DVD — and it's a fun, friction-filled beginning to a decidedly peculiar love story.

However, this new love is put to the test when Sari's sticky fingers get her in trouble once more. While giving a facial to a high-profile convict in a local penitentiary, Sari snatches a DVD from the convict's collection — only to discover that what she's stolen isn't another one of her beloved monster movies, but evidence of corruption in a presidential campaign. The convict soon figures out what's gone missing from her shelf, and Sari and Alek get caught up in a struggle to expose a conspiracy.

Packed with sly allusions to Indonesia's political climate — for instance, the role of DVD piracy not just as a cost-cutting measure but as a way around censorship — Anwar's film shows how everyday Indonesians manage to find sanctuary from systemic corruption and inequality. Reproducing Jakarta's atmosphere in all its charming detail, chaos, and humanity, A Copy of My Mind is a one-of-a-kind portrait of lovers on the run.