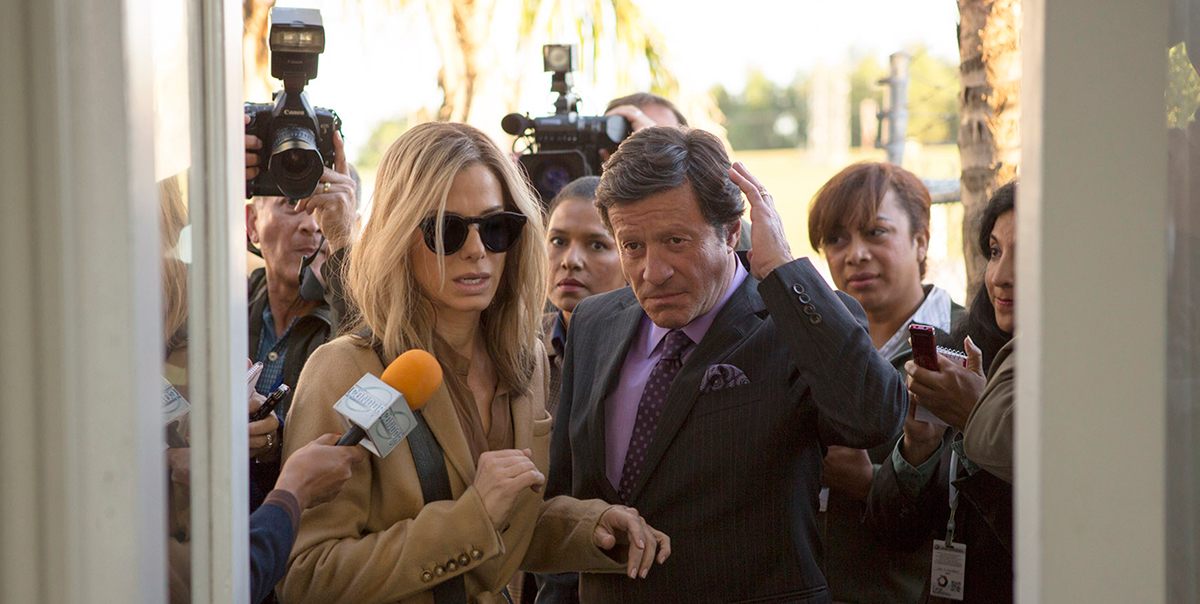 Our Brand Is Crisis

Our Brand Is Crisis would be cause for cynicism if it weren't so stubbornly hopeful — and so entertaining. This wry drama, telling the fact-based story of American strategists hired to bolster an unpopular Bolivian presidential candidate, encapsulates the ethical chasms of twenty-first-century electioneering.

Political consultant "Calamity" Jane Bodine (Academy Award winner Sandra Bullock) could give a master class in spin. She's come out of retirement to work for presidential hopeful Castillo (Joaquim De Almeida), and her motivation is simple. She means to beat her old rival, Pat Candy (Billy Bob Thornton), who's masterminding the campaign for the contender set to win by a landslide.

Jane has her work cut out for her. Castillo does not ingratiate; he comes off as elitist in a country whose population is predominantly poor and indigenous. Playing right into one of Candy's set-ups, Castillo socks a prankster in the face, in front of the cameras. It should sink him, but the ever-imaginative Jane turns it into an asset: Bolivia is in crisis, and in crisis you need authority and an iron fist, not broad smiles and glad-handing. Manipulating the optics at every turn, Jane finds a way to sculpt Castillo into the right man for his people — even if she knows he will betray them the moment he takes office.

Fleetly directed by David Gordon Green (Manglehorn) from a brilliantly structured script by Peter Straughan (Tinker Tailor Soldier Spy), Our Brand Is Crisis may confirm your worst fears about the abuses of democracy. Yet Bullock's abundant charisma will have you believe that even a Machiavellian schemer like Jane can occasionally fight the good fight.