The touching debut feature by writer-director Kire Paputts adopts the form of a classic picaresque as it follows a young man with Downs Syndrome as he journeys through rural Ontario. 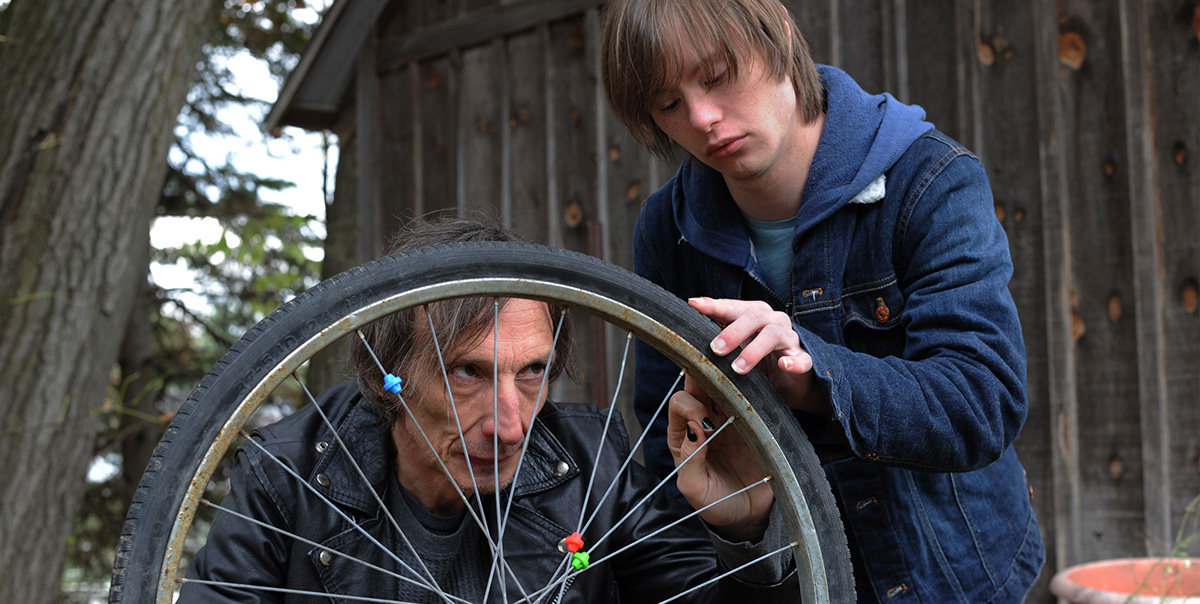 Part of a recent wave of Canadian films (including previous Festival hits Gabrielle and I Declare War) that place innocents endowed with unique perspectives in a world that can be alternately alien and threatening and warm and nurturing, this touching debut feature by Kire Paputts adopts the form of a classic picaresque as it follows a young man with Down Syndrome as he journeys through rural Ontario.

Left alone after a family tragedy and afraid of being institutionalized, Eugene (Dylan Harman) takes inspiration from his favourite children's book — where the hero sets out in search of the end of the rainbow — and heads out into the wide world by himself.

While Eugene encounters a string of friendly eccentrics on his travels — including a hermit (Nicholas Campbell) who teaches him the ancient art of divining, and a faded punk rocker (Julian Richings) who goes to comic lengths to teach Eugene how to pick up girls — not everyone he meets is quite so pleasant. An avuncular middle-aged man who rescues Eugene from a rainstorm and takes him home to meet his daughter, who also has Down Syndrome, turns out to be far from wholesome, and there soon prove to be even worse characters out there. But no matter the situation, Eugene is saved and protected by his disarming openness, his resilience, and his determination both to reach his destination and to prove that he's capable of caring for himself.

Sensitively written and directed by Paputts and propelled by Harman's fearless and endearing lead performance, The Rainbow Kid movingly attests to the balance that needs to be struck between the desire for independence and self-assertion and the necessity of companionship and self-awareness.