Cannes prizewinner Vincent Lindon (Bastards) stars as the head of a NGO trying to rescue 300 children from the civil war in Chad, in the new drama from Belgian director Joachim Lafosse (Our Children). 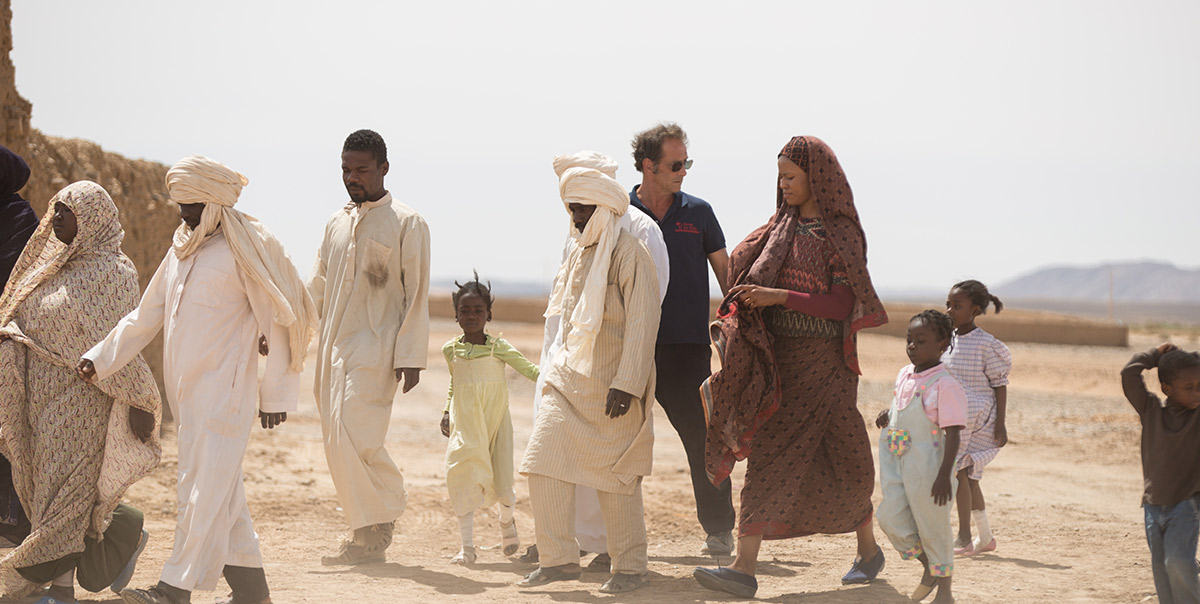 The practice of Westerners using their privileged economic position to take advantage of those they deem less fortunate, while still somehow believing themselves to be acting altruistically, is sadly not a new one. It's to this idea that Belgian director Joachim Lafosse returns in his haunting new feature, Les Chevaliers Blancs, whose story is ripped directly from French headlines.

The film begins with the arrival of French adoption-agency workers in war-torn Chad. Masquerading as an NGO called Move for Kids, they claim that they will house, feed, and educate orphans in a safe compound until the children are eighteen years old. The local villagers, though somewhat puzzled by the foreigners' definition of "orphan," are seduced by the idea of giving their children a better life. But what the villagers don't know — though the audience does — is that these French "NGO" workers have no intention of staying. In the light of day, led by the relentless Jacques (Vincent Lindon), they search for children with the help of local interpreter Bintou (promising newcomer Rougalta Bintou Saleh). But under the cover of night, they discuss their exit strategy and make calls to French families about the children they'll be bringing home.

Lafosse's film shines a critical light on the legacy of colonial ideas about class and race. As he did in his most recent film À perdre la raison, Lafosse draws his audience close to his characters before implicating us in their moral lapses. His camera is agile and intimate, capturing both the African desert and the human face with a mix of curiosity and awe. Featuring formidable performances from its all-star French cast, Les Chevaliers Blancs asks us to think about who really needs saving.