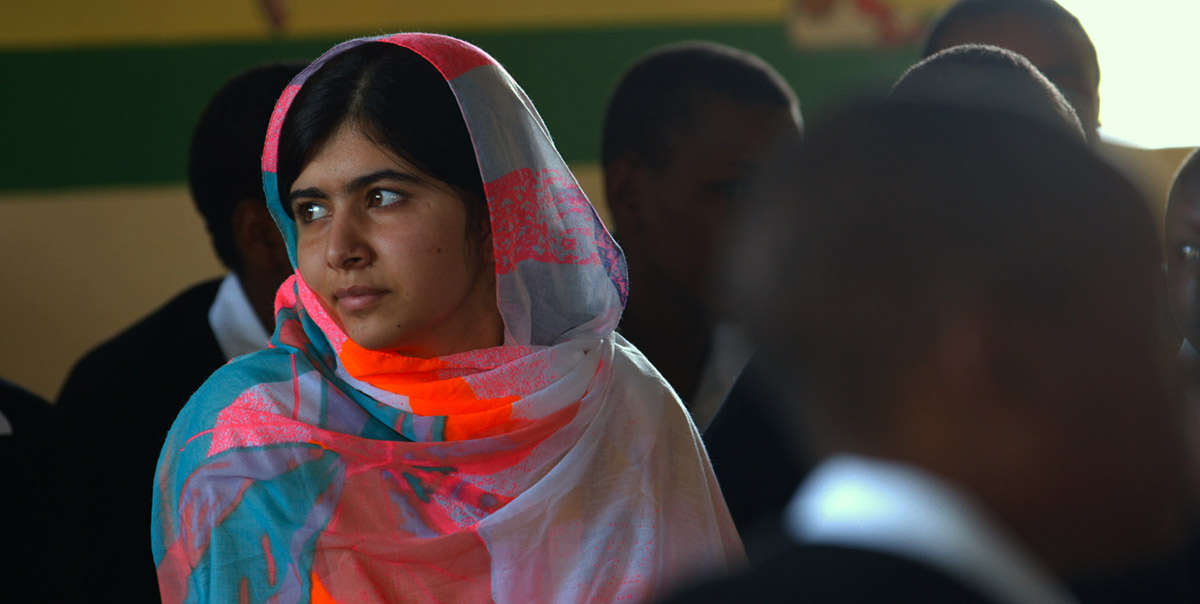 He Named Me Malala

In October 2012, at the age of fifteen, Malala Yousafzai was shot in the head in while riding home on a bus in Pakistan's Swat Valley. She had been targeted by Taliban militants for her outspokenness in support of girls' education. She survived the attack and relocated with her family to England, where she is continuing her studies. In the meantime, she has authored the bestselling memoir I Am Malala and campaigned for girls' rights around the world.

Academy Award-winning filmmaker Davis Guggenheim gives us a close-up portrait of this extraordinary teenager and her family. "He" in the title refers to Malala's father, Ziauddin, who ran a school in the Swat Valley and set an example for his daughter by standing up to the Taliban. He named her after the nineteenth century Pashtun folk hero Malalai of Maiwand, known for her bravery in battle.

Guggenheim follows Malala and Ziauddin on their travels to countries such as Kenya and Nigeria in support of projects empowering young women. Malala has a boldness and eloquence that would be notable in a person of any age. When she met with President Obama, she didn't hesitate to raise concerns about drone strikes fuelling terrorism.

The film blends a recounting of the events that led up to Malala's shooting with archival footage and Jason Carpenter's lovely animation. Even when Malala was eleven, she was already attracting the attention of international reporters. Yet despite growing up under scrutiny and death threats, she retains an easy laughter and playfulness. One imagines we'll be hearing her name for a long time to come.