Renowned multidisciplinary artist Laurie Anderson returns with this lyrical and powerfully personal essay film that reflects on the deaths of her husband Lou Reed, her mother, her beloved dog, and such diverse subjects as family memories, surveillance, and Buddhist teachings. 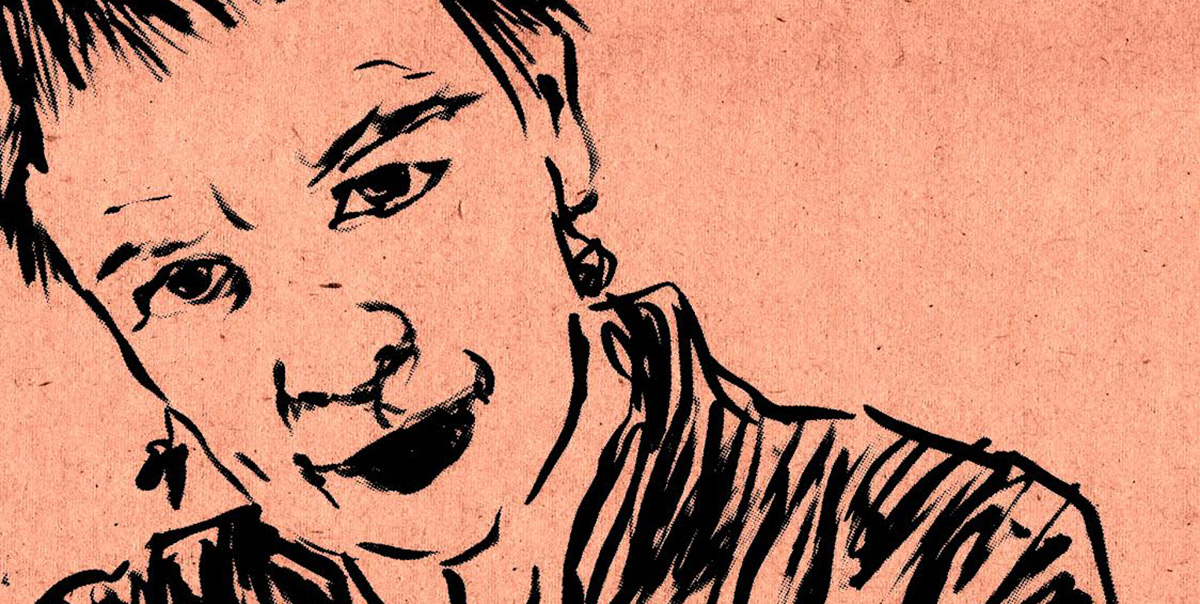 Heart of a Dog

Laurie Anderson's eclectic career spans music, drawing, storytelling, performance, and more. She had a surprise hit with her 1981 song "O Superman," was NASA's first artist in residence, and toured internationally with her political performance-art piece Homeland. Her new feature film, Heart of a Dog, combines her multiple talents in a personal film essay.

The dog of the title is her beloved rat terrier Lolabelle, who passed away in 2011 during a succession of family deaths that also included Anderson's mother, Mary Louise, and husband, Lou Reed. Anderson's close bond with Lolabelle underlies the film's stream of consciousness, which flows through subjects as diverse as family memories, surveillance, and Buddhist teachings. She lingers particularly over the concept of the bardo, described in the Tibetan Book of the Dead as the forty-nine-day period between death and rebirth. Overlaying the film's tapestry of images — which include Anderson's animation, 8mm home-movie footage, and lots of lovingly photographed dogs — is her melodic narration, full of warmth, humour, and insight.

Anderson's approach has a kinship with that of filmmaker Chris Marker (Sans Soleil), with a similar flair for connecting disparate themes and images. She quotes from other writers and artists, including Kierkegaard, Wittgenstein, Gordon Matta-Clark, and David Foster Wallace, whose line "every love story is a ghost story" resonates strongly in this work. If those references sound philosophical, so is this film. But it's also dreamy, comic, and intensely emotional. Like Anderson, it defies easy categorization.