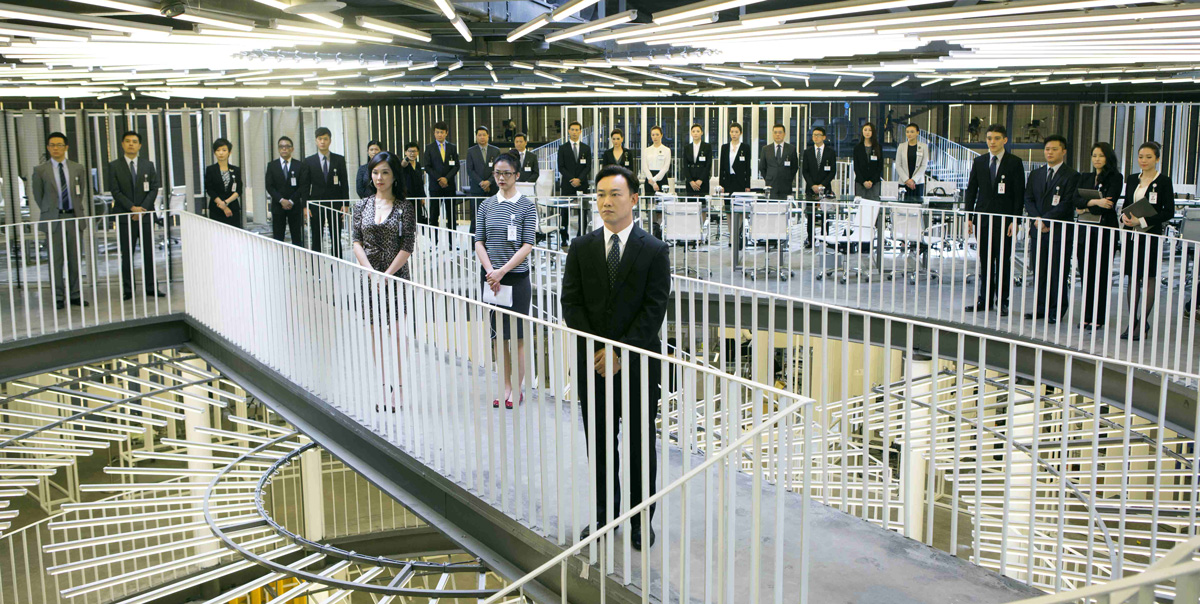 In the global financial crisis following the Lehman Brothers collapse, feared and respected CEO Miss Chang (Sylvia Chang, also at the Festival with her own film Murmur of the Hearts and in Jia Zhang-Ke's Mountains May Depart) prepares to list her billion-dollar company on the stock exchange. Chairman Ho Chung-ping (Chow Yun-fat) — once her mentor, now her ally and lover — has promised her a wealth of shares in the company when it goes public. But when an audit exposes layer after layer of covert power plays and backroom dealings, it seems that the Chairman's promises may not be so easy for him to keep. Matters are further complicated by the arrival of young upstart Lee Xiang (Wang Ziyi), whose optimistic idealism throws a monkey wrench into Chang and Ho's ruthless scheming.

A takedown of capitalist corruption and greed that's savvily packaged as a song-and-dance extravaganza, Office assembles a dream team of actors and professionals. Chow, Chang (who also co-wrote the screenplay), Wang, Tang Wei, Eason Chan, and newcomer Lang Yueting deliver full-barrelled performances, singing to music composed by Lo Dayu, the godfather of Chinese pop, and dancing in the fabulous sets by world-renowned production designer William Chang. Though it's his first musical, this is a Johnnie To film through and through — kinetic, dazzling, and thrilling.