By turns tender and disturbing, the new film from Italian filmmaker Roberto Minervini is a powerful docu-fiction hybrid that profiles Louisiana drug addicts and private militia living on the fringes of society. 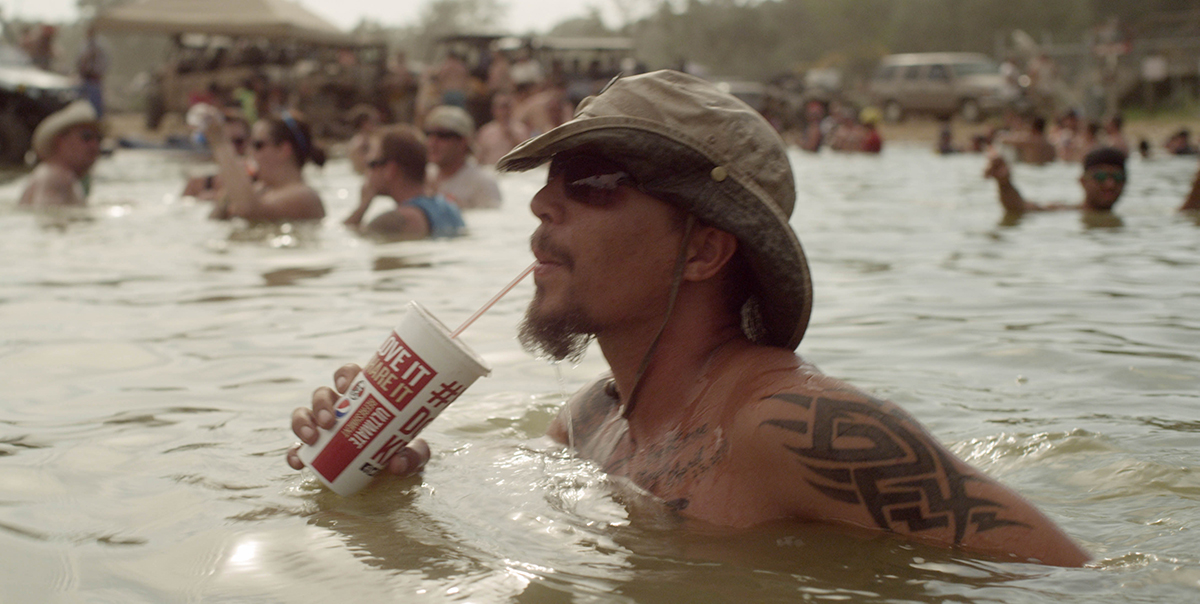 Roberto Minervini is quickly carving out a considerable reputation with his hybrid form of filmmaking: people essentially play themselves, creating the look and feel of documentary, while the director clearly intervenes to create situations rather than observe them. His work is among the most interesting to emerge from the US in recent years, which may be surprising considering he is an Italian who has decided to poke his camera into the margins of American society.

On the heels of his superb trilogy of Texas-based films (The Passage, Low Tide, Stop the Pounding Heart), Minervini moves his focus to Louisiana, where we come face-to-face with a group of people who seem to have stepped out of Deliverance. Faces carry the lines and scars of hard living, clothes are tattered, living conditions are chaotic. Some of his subjects are drug addicts; others are libertarian fanatics who hate the federal government. Yet Minervini finds a compassion and tenderness behind their gruff exteriors.

Much of the film focuses on a small-time drug dealer and the girlfriend he lives with (and shoots up with). But, as The Other Side gradually shifts its attention to a group of local militia who are convinced that the feds are on the verge of declaring martial law and taking away their freedom, we are shown a more disturbing image of contemporary America.

Sometimes it takes the eye of an outsider to provide a new perspective. Minervini is one such outsider. We feel he is at home with his subjects, as he peers into corners that many Americans choose to ignore.