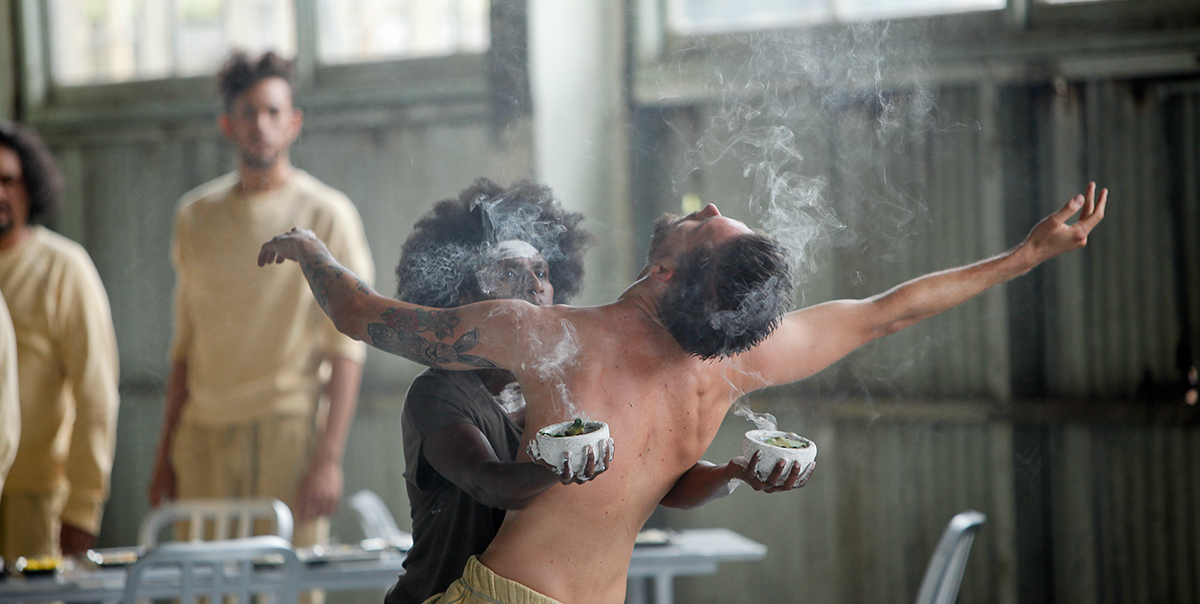 This visually arresting film may be Stephen Page's directorial debut, but Page is no stranger to the telling of stories through movement and images. As artistic director of the world-renowned Bangarra Dance Theatre, he has spent over twenty years interpreting the stories of indigenous Australians for global stages. Now Page brings Bangarra's outstanding dance work Spear to the screen.

Primarily utilizing gesture and dance, with minimal dialogue, Spear follows a young man named Djali (Hunter Page-Lochard) from the Australian outback to the streets of Sydney on his quest to understand what it means to be a man with ancient traditions in a modern world. Despite the fragmentation of indigenous cultures, it is in the complex interconnection between places that Djali will ultimately discover his own power — a power linking past, present, and future.

A product of the Hive Lab, an initiative of the Adelaide Film Festival, Spear features the talents of some of Bangarra's most brilliant dancers, composer David Page, who created the compelling score and soundscape, and cinematographer Bonnie Elliott, who brings every ounce of her remarkable visual aesthetic to the crisp, simply stunning photography. But the film's surfeit of beauty does not prevent it from portraying some of the harsher realities of contemporary Aboriginal life. This alchemical combination of imaginative, technical, and social energies results in one of the most affecting and spiritually resonant films of the year.