A case of mistaken identity throws an apolitical chemistry teacher into the maelstrom of the 1971 Bangladesh Liberation War, in the striking debut feature from director Zahidur Rahim Anjan. 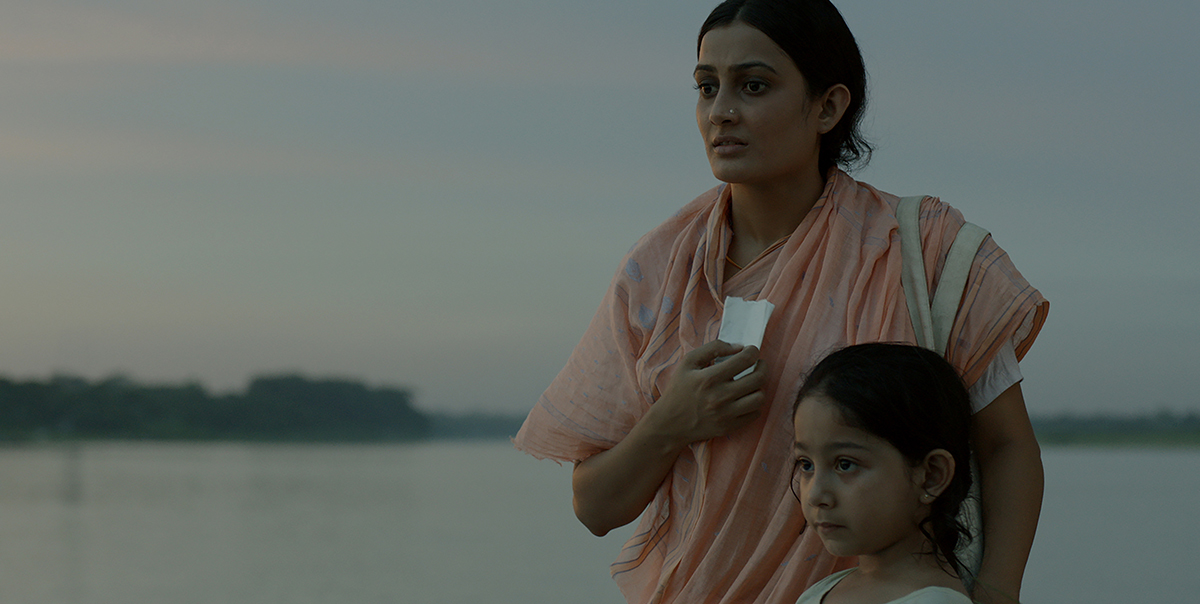 Bangladeshi director Zahidur Rahim Anjan's subtle yet striking debut is the story of a family transformed by the forces of war. Directed with remarkable maturity for a first feature, Meghmallar marks the arrival of a significant new talent in South Asian cinema. Anjan blends political insight with astute human observation, and shapes his film with a disciplined, cinematic eye. In 1971, the Bangladesh Liberation War is on the verge of erupting, but chemistry teacher Nurul (Shahiduzzaman Selmin) wants nothing to do with politics. He and his wife, Asma (Aparna Jara), want simply to protect their young daughter from the violence rapidly encroaching on their rural village.

In the middle of a torrential storm, Asma's brother, Mintu (Joyonto Chattopaddhay), abruptly abandons the family to join the rebel army, leaving behind nothing but his raincoat. Though Asma doesn't share her brother's politics, she secretly continues to correspond with him. On the monsoon's third day, Nurul heads off to a school function wearing Mintu's raincoat for protection from the ceaseless rains. It's a fateful mistake. He's arrested by government forces on suspicion of being a militant. Taken into custody, Nurul — anything but a radical by nature — will be forced to make a decision that will impact not only the destiny of his family but also that of his country.

In this adaptation of a short story by celebrated novelist Akhteruzzaman Elias, Anjan eschews the histrionics typical of war films, bringing instead a patient minimalism to bear on his examination of the tensions between family and nationalism, love and loyalty. Meghmallar resonates with a profound — and ultimately devastating — humanism.