An awkward twentysomething begins to undergo some strange physical changes after a weekend tryst — with a ghost — in this charmingly lo-fi, supernaturally-tinged comedy-drama. 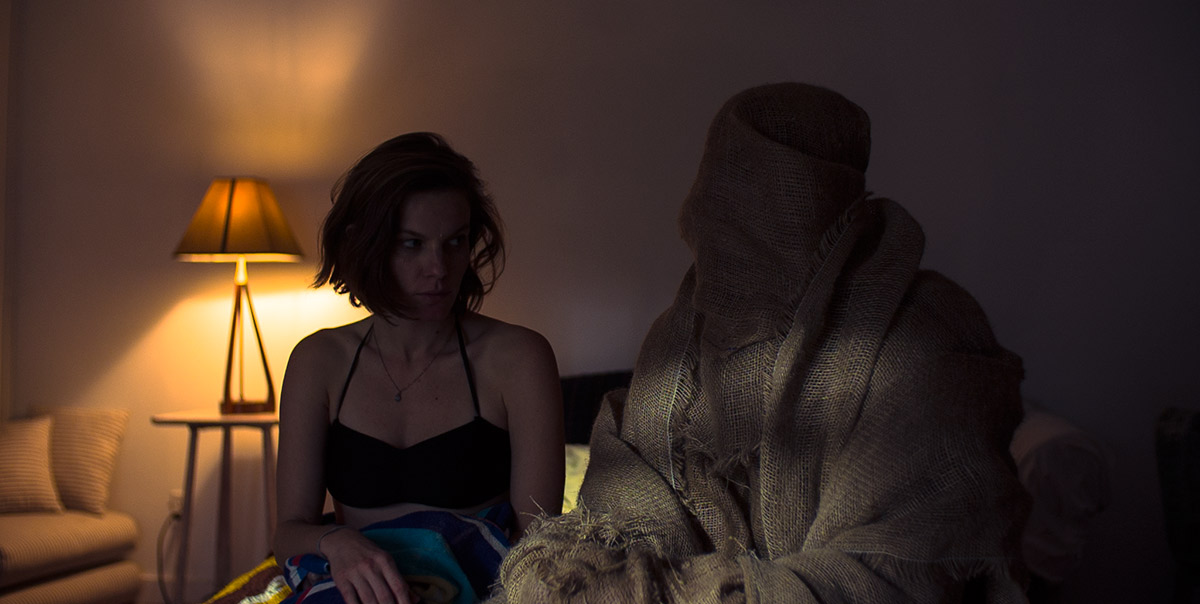 Awkward twentysomething Ruth (Lindsay Burdge) and some pals head to the Hamptons for a weekend of mild debauchery at their friend Andrew's parents' summer home. With the bedrooms in the main house all claimed, Ruth takes the guest house, unfazed by Andrew's jokes about it being haunted. The group spends the first day getting high, lounging in the hot tub, and chatting introspectively about life. Eventually Ruth stumbles off to bed and ends up face-to-face with a figure wrapped in burlap: the Ghost himself. What follows is not a horrific encounter, but a shy, tentative flirtation that escalates to a roll in the sheets (of the bed).

Ruth is soon back at home and her weird weekend romp is all but forgotten. That is, until strange things start happening to her body — things that not even her doctors can explain.

Harrison Atkins wears his mumblecore influences on his sleeve but pushes things into the beyond with Lace Crater's inventive genre mix, which slides seamlessly between the tender and the genuinely creepy. Atkins' script nails millennial self-absorption and ennui in a way that provides a disarming sense of humour and a prevailing sense of dread, and both are brought to life with great comic timing by the young cast — including the film's co-producer and spiritual godfather Joe Swanberg (Drinking Buddies, Happy Christmas).

A lo-fi comedy-drama with supernatural elements and a dark heart, Lace Crater is an oddly intimate portrait of isolation, friendship, love, and our desperate need for connection — whether human or spectral.