Academy Award winner Eddie Redmayne (The Theory of Everything) stars as Lili Elbe, the 1920s Danish artist who was one of the first recipients of sexual reassignment surgery, in this biopic directed by Oscar winner Tom Hooper (The King’s Speech). 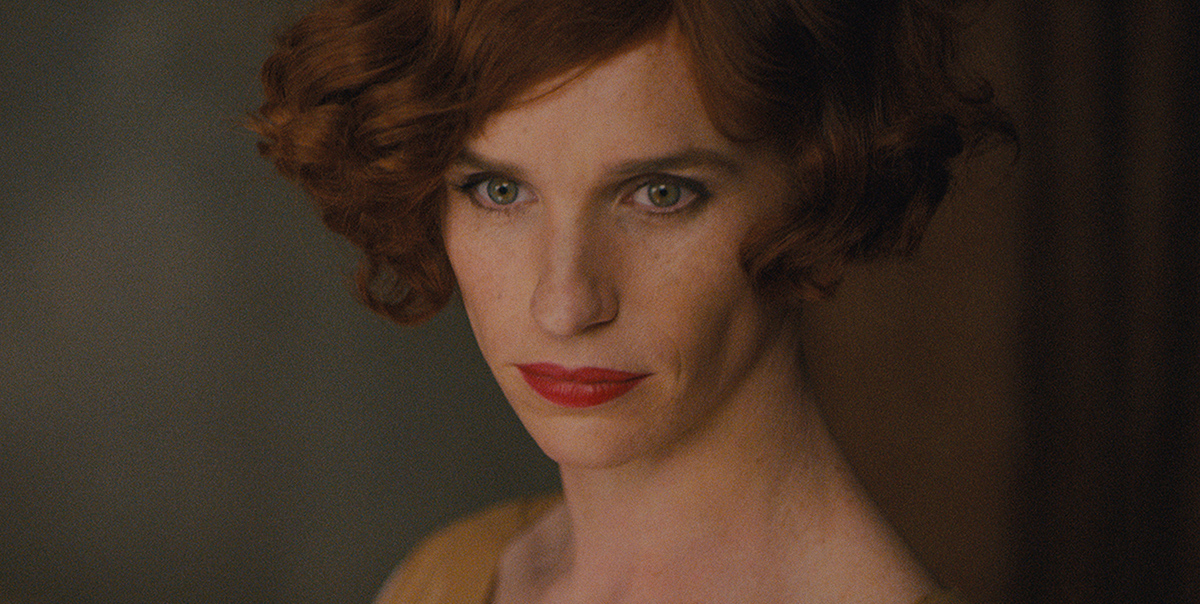 Tom Hooper's gorgeous new feature continues his march through some of the fascinating byways of history. The Danish Girl, drawn from the fact-based novel by David Ebershoff and similar in spirit to Hooper's magnificent The King's Speech, focuses on a character struggling with internal demons that threaten his equilibrium. In the director's Academy Award-winning 2010 film it was an unexpected, ill-prepared king with a speech impediment. Here it is a happily married and relatively successful young artist who gradually determines that he is truly a she, and sets out to release the secret person inside.

Sumptuously photographed, The Danish Girl is set in Copenhagen in the 1920s and focuses almost entirely on a free-spirited couple, both of them painters — he of delicate landscapes, she of portraits. Einar (Eddie Redmayne), has just had a successful gallery show, but Gerda (Alicia Vikander) struggles to gain attention for her work. One day, Gerda asks her husband to stand in for a female model so she can complete her latest painting. Einar is overwhelmed by the experience of putting on beautiful, feminine clothes, and soon it turns into a quiet obsession. As Einar gradually rediscovers himself, Gerda's paintings of him as a woman begin to attract serious attention. Gerda balances Einar's transformation with her new-found acclaim. Einar, meanwhile, finds it impossible to put the genie back in the bottle: She will become Lili, one of the first known recipients of gender reassignment surgery.

One of the extraordinary things about The Danish Girl is the manner in which Hooper treats the emotional volatility these characters cope with, both individually and together. Love and understanding are paramount to them, even as the emergence of Lili brings simultaneous loss and gain. Vikander is superb, and Redmayne's performance in his transgendered role is as subtle and powerful as his work in last year's The Theory of Everything.