The feature debut of writer-director Sanna Lenken takes a unique approach to the issue of eating disorders, observing the moral dilemma facing an awkward 12-year-old girl when she discovers that her older sister, a beautiful competitive figure skater, has been starving herself in her quest for excellence. 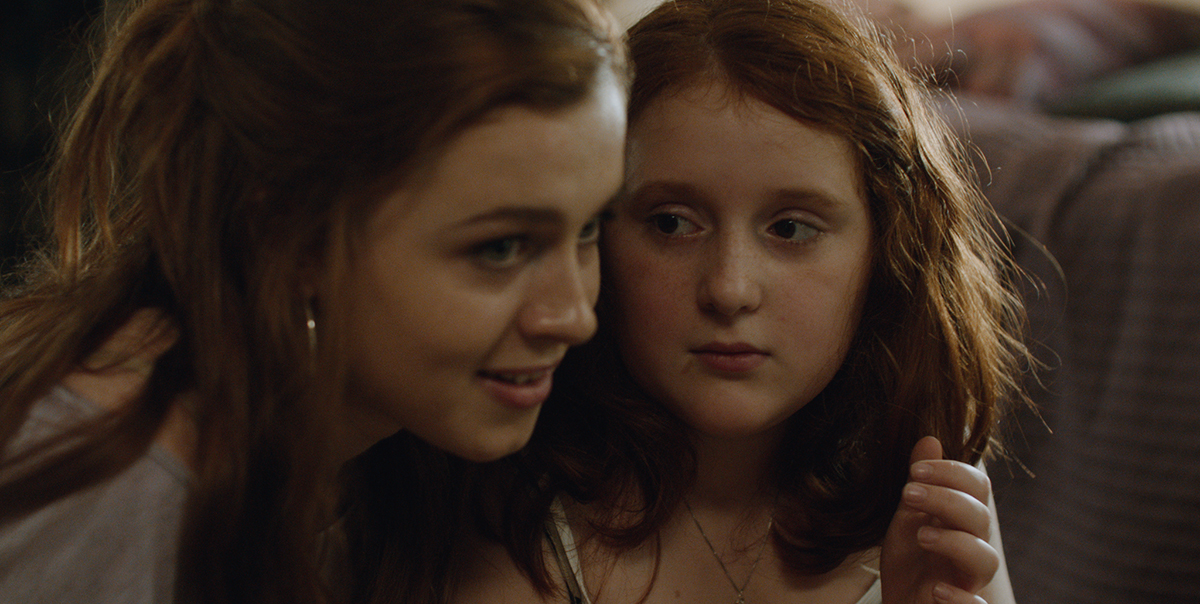 In this assured feature debut, writer-director Sanna Lenken continues on the theme of her 2013 short film Eating Lunch, exploring the subject of eating disorders through a unique lens. Rather than focussing on the affected individual, My Skinny Sister unfolds through the eyes of the protagonist's sibling.

Like many sisters, Stella (Rebecka Josephson) and Katja (Amy Deasismont) share a nuanced and complicated relationship. Katja, a beautiful and successful competitive figure skater, is disciplined both on and off the ice in order to maintain excellence and the praise of her busy parents. Awkward twelve-year-old Stella is struggling to come into her own as she begins to explore her sexuality, which has manifested in a crush on Katja's skating coach.

Stella endures the pressures of early adolescence in the shadow of her older sister, who teases her endlessly. Yet when Katja's moody behaviour intensifies around mealtimes, Stella can't help but be suspicious about her unhealthy eating habits. When confronted, Katja threatens to reveal Stella's own secret and puts their sisterly bond on the line in order to keep their parents in the dark. The girls' bickering and their love for one another intersect as they struggle to maintain outward appearances. Ultimately, Stella is forced to weigh her loyalty against Katja's deteriorating health as their secret threatens to fracture their already-fragile family.

Newcomer Josephson is a true delight to watch as her Stella subtly shifts from asserting herself amongst her peers to the more timid, yet perceptive, role she assumes around her family. This is complemented by Deasismont's fine performance as Katja. The dynamic of their onscreen relationship addresses a very crucial issue with warmth and sensitivity.

This film is recommended for ages 11 and up.

N.B. Due to sensitive content, some scenes may be difficult for some viewers.