An 11-year-old boy becomes an unlikely superhero when he discovers that he has the ability to leave his body and fly through walls, in this marvellously animated adventure from the creators of the Academy Award-nominated A Cat in Paris. 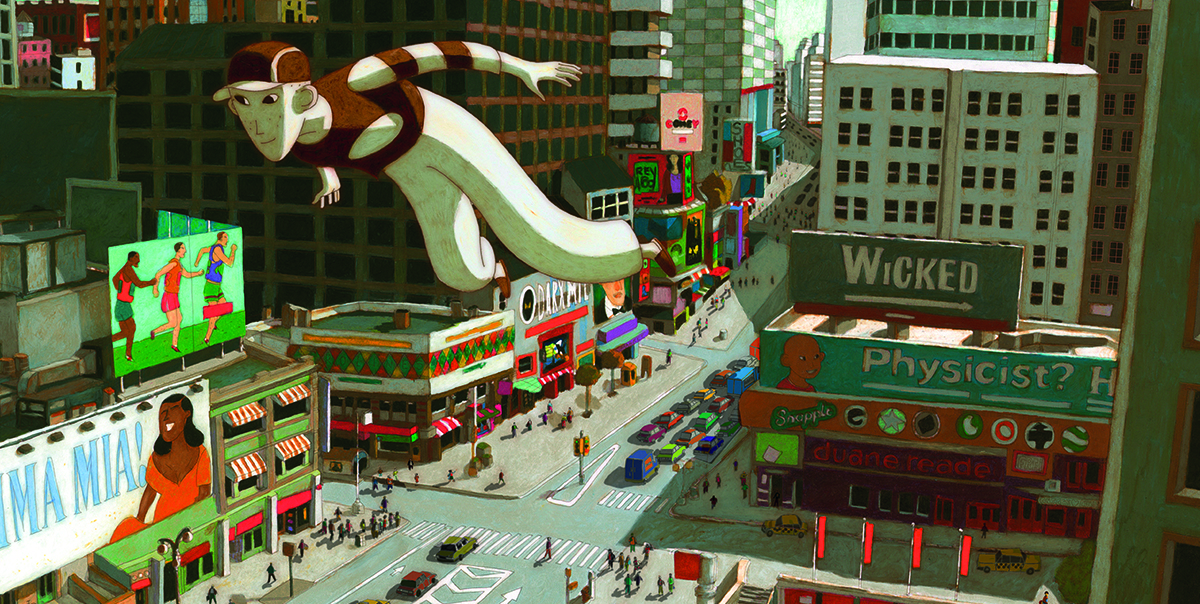 Alain Gagnol and Jean-Loup Felicioli, the writing-directing team behind the Academy Award-nominated A Cat in Paris, are back with their highly anticipated follow-up. Phantom Boy is a stylish animated film about a young boy who — with the help of some new friends and a mysterious new ability — has to rescue New York City from a sinister crime boss.

Hospitalized with a serious illness, eleven-year-old Leo discovers that he is able to leave his body and fly around the city, passing through walls just like a phantom. One day, Leo has a chance meeting with police officer Alex, confined to a wheelchair after his injury at the hands of an evil mob kingpin — a villain who has just taken control of New York City's power supply and given the Mayor a twenty-four-hour ultimatum. When Alex learns of Leo's abilities, they partner to become the swiftest duo in the business. Along with Alex's love interest, fearless reporter Mary, they will race against time to thwart the criminal's plan and save the city.

Gagnol and Felicioli spent five painstaking years making the Phantom Boy, and their effort shows in every delightfully detailed frame. Continuing their fascination with the "animated film noir," the film pays shadowy homage to classic gangster movies and captures the energy of New York City in a beautifully illustrated skyline. But the heart and soul of this thrilling adventure is young Leo, who must battle not only the evil gangster but also his own illness — and when Leo's unique gift requires him to make some difficult choices, he learns what it really means to be a hero.

Recommended for ages 10 and up.