Mads Mikkelsen (Hannibal) stars in this delirious comedy from Denmark's Anders Thomas Jensen (The Green Butchers), about two sadsack brothers who head to a dilapidated mansion on a remote island to meet their biological father — and their three seriously eccentric siblings. 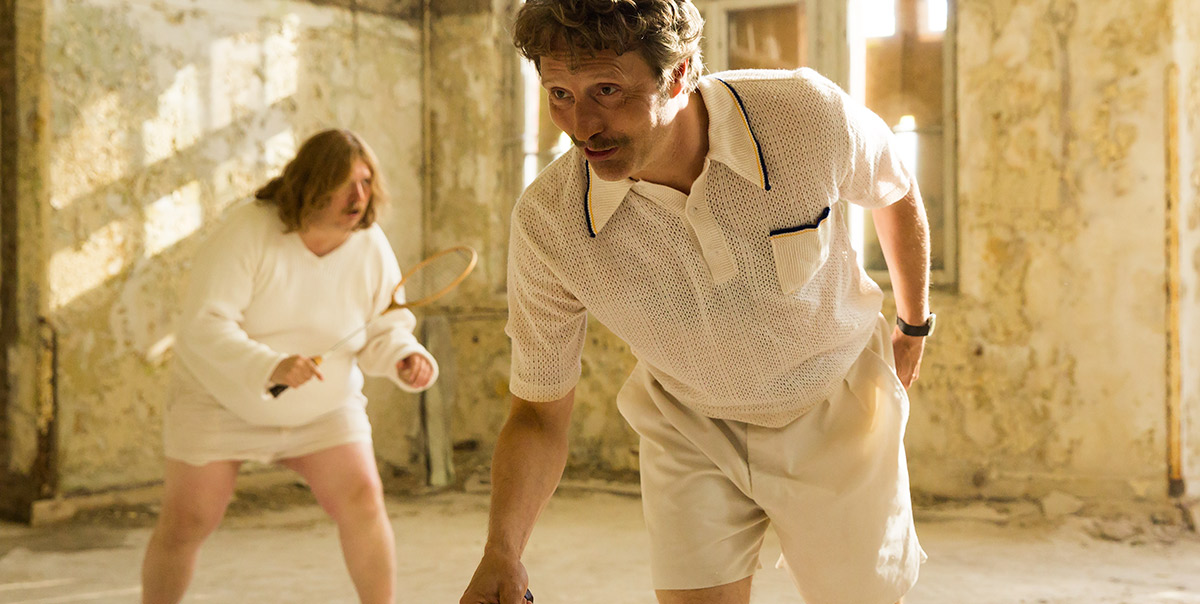 The most outrageous film talent to emerge from Denmark since Lars von Trier, Anders Thomas Jensen (The Green Butchers, Adam's Apples) doesn't just push boundaries: he barrels right through them and then stomps them into the ground. In his new film Men & Chicken (which has already broken box-office records in its native land), Jensen offers a riotously transgressive satire on family and eugenics that doubles as a surprisingly thoughtful meditation on what makes us human.

When brothers Gabriel (David Dencik) and Elias (a near-unrecognizable Mads Mikkelsen, sporting an outlandishly fake moustache) reunite to lay their father to rest, they're confronted with an unsettling bit of news: they were actually sired by someone they've never met. Seeking clues as to the origins of their respective hang-ups — Gabriel is a permanently depressed academic whose relationships fail disastrously, while Elias is a troubled loner who can't seem to go more than an hour without performing a certain bodily function — the brothers head to the almost uninhabited island of Ork to meet their biological father. Arriving at the patriarch's dilapidated mansion, Gabriel and Elias meet their three other brothers, who live according to their father's baroquely bizarre rules and whose peculiarities make Gabriel and Elias look well-adjusted. Confronted with all manner of weirdness, Gabriel begins to unravel the family's myriad mysteries.

Elaborately designed and employing an amusingly sickly palette of washed-out greys and browns, Men & Chicken is sure to offend delicate sensibilities with its acerbic wit and outlandish absurdity. But like one of its guiding spirits, the great comic Lenny Bruce, Jensen's film pursues outrage as a means to probe humanity's often unrealized potential for compassion.