Australian filmmaker Gillian Armstrong (My Brilliant Career, Little Women) directs this documentary tribute to legendary Hollywood costume designer Orry-Kelly, who won multiple Academy Awards for his work on such classics as An American in Paris and Some Like It Hot. 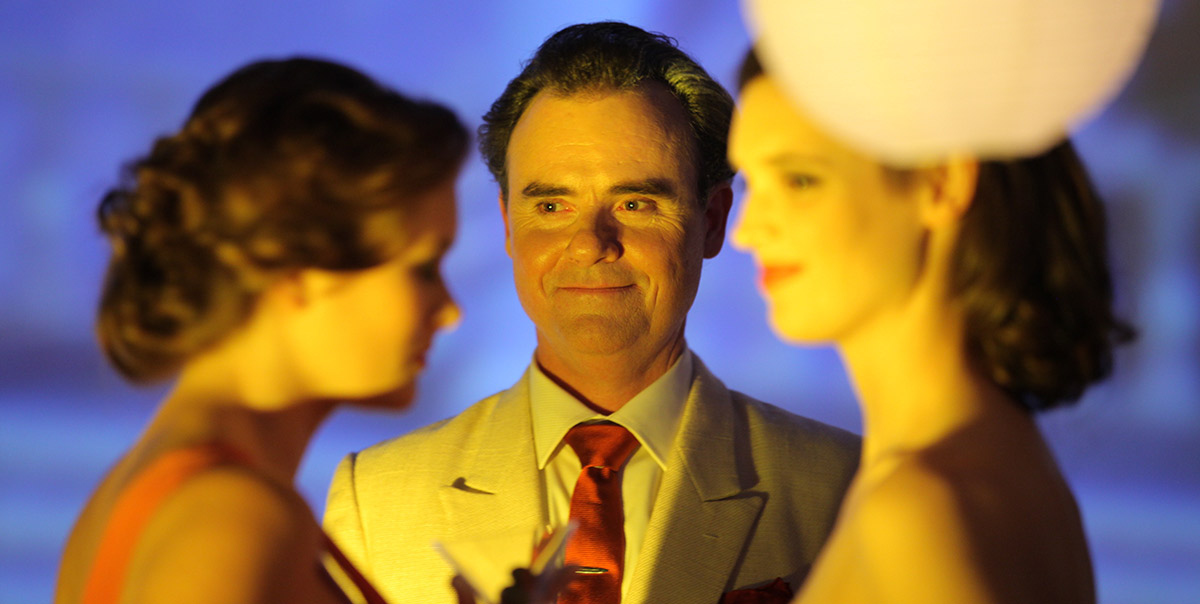 Today the name Orry-Kelly typically draws blank looks. But in Hollywood's golden age, he was a leading costume designer who won Oscars for An American in Paris, Les Girls, and Some Like it Hot. Emigrating from Australia to America in the 1920s, Orry George Kelly took on his hyphenated name for show business and, as a gay man, kept many secrets until his death in 1964.

In Women He's Undressed, filmmaker Gillian Armstrong delves into Kelly's untold stories with an approach that's as bold and playful as he was. She casts the Australian stage actor Darren Gilshenan to portray Kelly, who speaks directly to the camera. She interviews real-life associates including Ann Roth, Angela Lansbury, and Jane Fonda; and others with perspective such as designer Catherine Martin (the only Australian to exceed Kelly in Academy Award wins). Topping it off, we're treated to a vast array of film clips showcasing Kelly's costumes in Gold Diggers of 1933, Casablanca, Irma la Douce, and other classics.

Armstrong knows what it means to break out of Australia. Starting out in documentary, she made her fictional debut at the 1979 Cannes Film Festival with My Brilliant Career. Her films brought international attention to other Australians, including Judy Davis, Sam Neill, and Cate Blanchett.

Together with writer Katherine Thomson, Armstrong led a far-reaching search to document Kelly's life, turning up treasures in the Warner Archive and another surprise revealed late in the film. The result is a celebration of both the art of costuming and one of its great practitioners.