After his parents are killed, a young African boy is forced to become a child soldier in a rebel army led by a brutal commandant (Idris Elba, Mandela: Long Walk to Freedom), in this adaptation of the acclaimed book by Nigerian-American author Uzodinma Iweala. 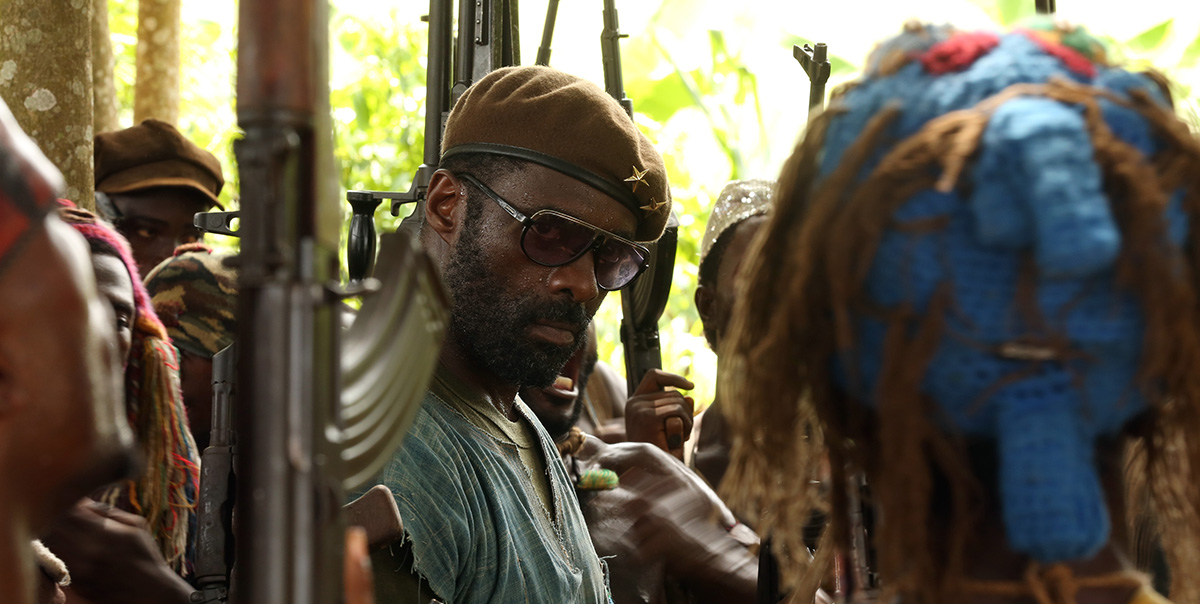 Beasts of No Nation

Based on the critically acclaimed novel by Nigerian-American author Uzodinma Iweala, Beasts of No Nation uses recent sectarian conflict as the basis for a timeless story, immersing us in the joys, fears, and resilient spirit of one remarkable boy.

In an unnamed African nation, young Agu's world of happiness and security is upended suddenly in the maelstrom of an unnamed civil war. After seeing his family killed at the hands of a military junta that has overthrown the country's government, Agu (newcomer Abraham Attah) flees his village. Lost in the jungle and nearing starvation, he is captured by a rebel faction, the Native Defence Forces, led by the charismatic but lethal Commandant (Idris Elba, recently seen at the Festival in Mandela: Long Walk to Freedom). Under Commandant's control, Agu is forced to fight battles and commit acts beyond his comprehension. Yet, throughout, Agu clings to his fragile humanity.

Director Cary Fukunaga (Sin Nombre, Jane Eyre, season one of True Detective) has proven to be adept at dealing with a wide range of stories and settings, bringing consistent insight into character and a distinct photographic style (saturated colours, long tracking shots) to all of his work.

By fusing the bloody violence that has consumed Abu's life with the natural beauty that surrounds him, Fukunaga creates a complex world that's both dreamlike and all too real. Beasts of No Nation captures the warmth, the humour, and the flickering innocence that Agu struggles to preserve, even as the horror he witnesses shocks us.