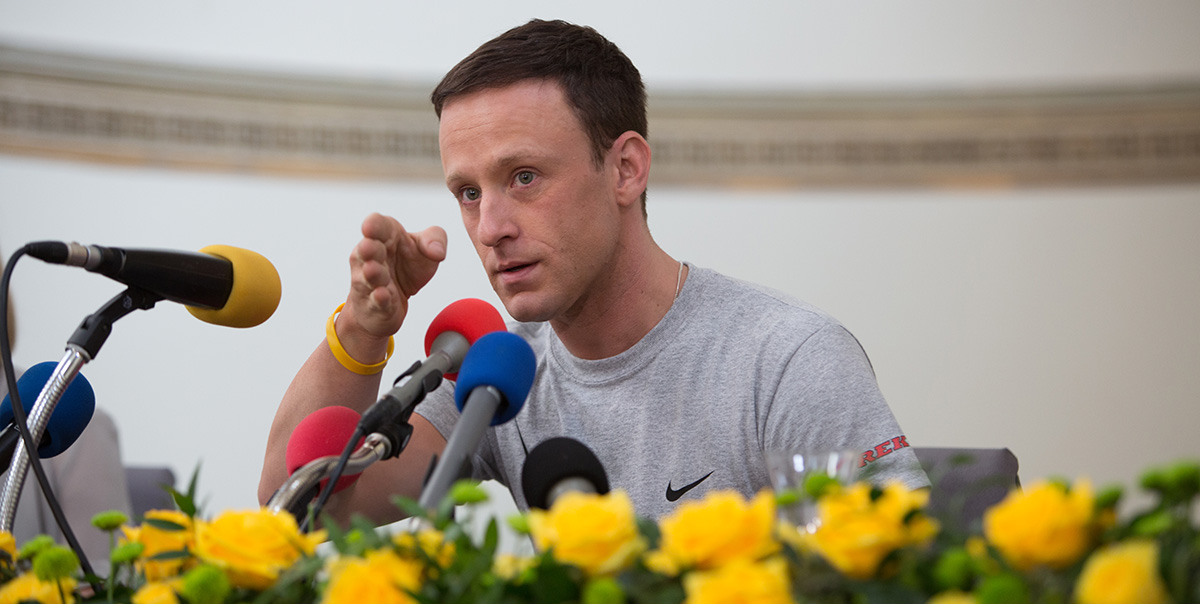 The unprecedented victories of Lance Armstrong were shockingly undermined when, in 2012, it was revealed that he had spent his career undergoing the most sophisticated doping program in the history of cycling. This docudrama from director Stephen Frears and scenarist John Hodge (Trainspotting) stars Ben Foster as the seven-time Tour de France champion, and Chris O'Dowd as David Walsh, the journalist who struggled for years to bring Armstrong's transgressions to light.

At the beginning of his career, Armstrong made an instant impression upon the global cycling community, but it was generally agreed that, because he wasn't suited to extreme altitudes, it was highly unlikely that he would ever win the Tour de France.

By 1998, however, Armstrong had come through a battle with testicular cancer and was determined to conquer the Tour at all costs. Employing a pharmaceutical regimen developed by Italian physician Michele Ferrari (Guillaume Canet), Armstrong put together a team of cyclists with a seemingly flawless strategy for winning — and for passing drug tests. While Armstrong's colleagues applauded his inspiring feats, Walsh and The Sunday Times engendered formidable hostility and spurred litigation by posing the accusations that no one else wanted to hear.

An intelligent treatment of a subject still embroiled in controversy, The Program is both exhilarating and unnerving. It pulls us inside the fascinating, complicated psyche of an intensely competitive athlete, while conducting analysis of a culture that fiercely protects its heroes.

Energized by bold performances and Frears' impeccable storytelling skills, The Program is about the thrill of speed — and the importance of slowing down to take a closer look at what makes it all happen.