Chronicling the burgeoning conflict between father and son in a hard-working Iranian-Israeli family, Yuval Delshad’s fiction-feature debut is both a fascinating glimpse into a distinctive immigrant experience and a universal story of intergenerational tension. 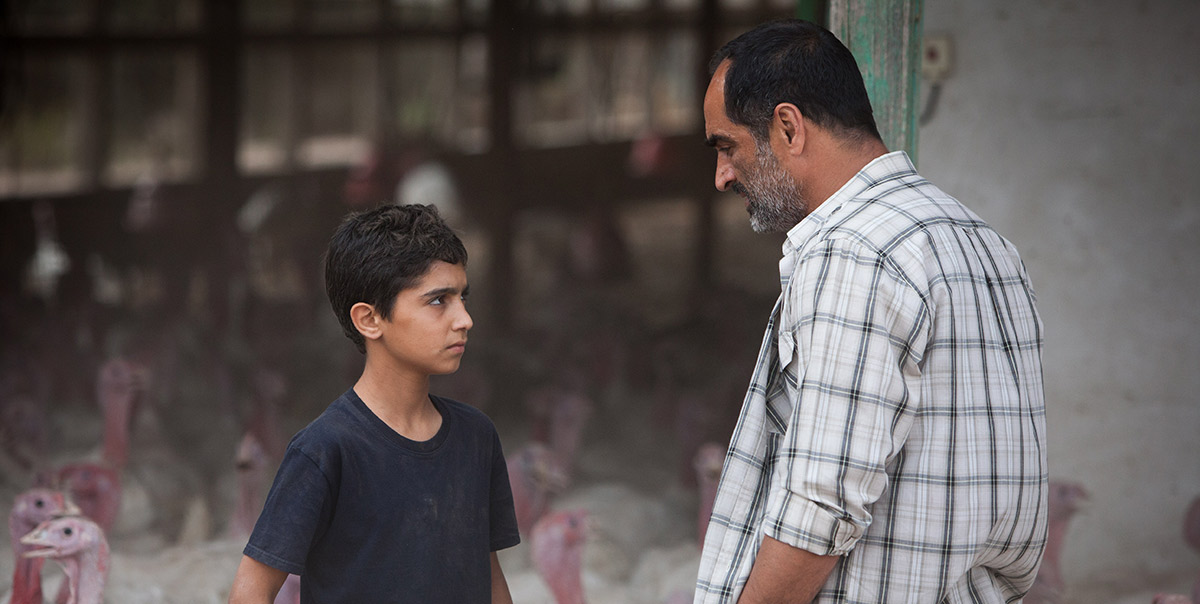 Chronicling the burgeoning conflict between father and son in a hardworking Iranian-Israeli family, Yuval Delshad's fiction-feature debut is both a fascinating glimpse into a distinctive immigrant experience and a universal story of intergenerational tension. The first Persian-language film shot in Israel, Baba Joon is a wise, sensitive drama that will win your heart.

Yitzhak (Navid Negahban, who played Abu Nazir on Homeland) is proud to maintain the same turkey farm that his father built when the family moved from Iran to Israel. Now that Yitzhak's son Moti (Asher Avrahami) is thirteen, the expectation is that he will learn the familial trade and, in his own time, take over the business. But Moti is more interested in reconstructing old cars and trucks, a trade for which he obviously has a tremendous talent. The rebellious boy is not at all shy about letting his father know that he has no interest in turkeys, but for Yitzhak this rejection isn't just a matter of personal interest — it's an insult to all the values he holds most dear.

While the film is clearly focussed on the struggle between Yitzhak and Moti, Delshad intersperses Baba Joon with transitional moments that speak volumes about how this family lives — Yitzhak lovingly plucking his wife's eyebrows; Moti standing up to a condescending schoolmaster; Moti and his grandfather singing a song of patriotic nostalgia. Delshad wrote the screenplay inspired by his own memories of growing up in an immigrant household, and Baba Joon breathes with a sense of earned wisdom and lived experience.