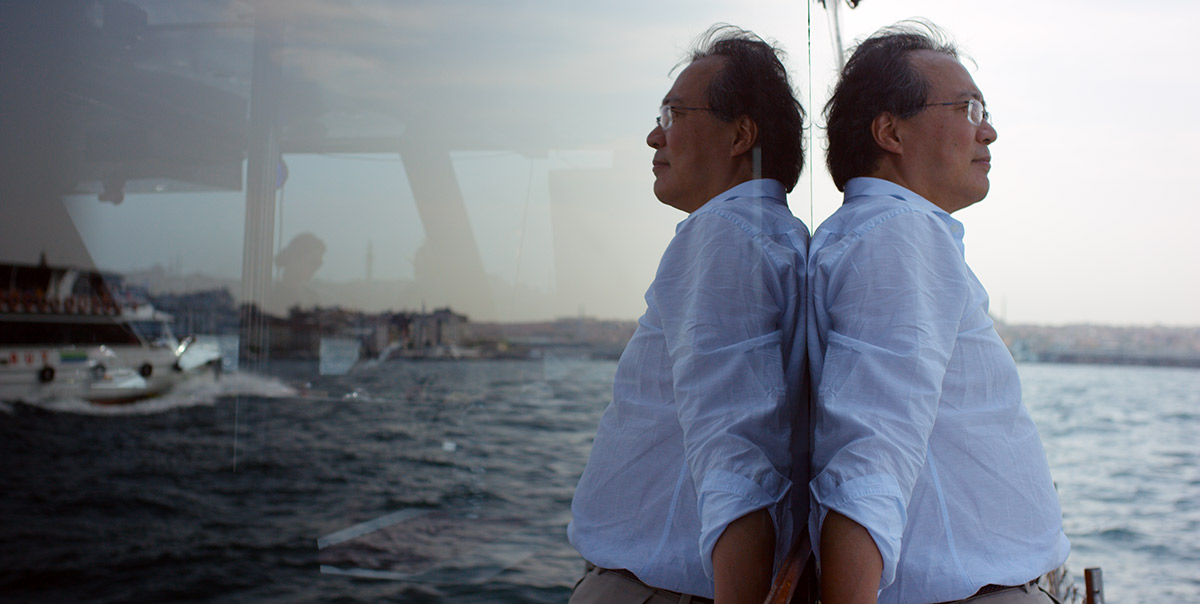 The Music of Strangers: Yo-Yo Ma and the Silk Road Ensemble

What is the role of music? That question is at the heart of the Silk Road Ensemble, a group of master musicians from around the world brought together by acclaimed cellist Yo-Yo Ma to perform, teach, and brainstorm. In The Music of Strangers, Academy Award- winning filmmaker Morgan Neville (Keith Richards: Under the Influence, also screening at this year's Festival) takes us on a global journey with Ma and the Ensemble that will open your eyes and attune your ears.

"I never committed to being a musician," says Ma, "I just fell into it." Steered by his parents into playing the cello, Ma was hailed as a child prodigy. By the time he reached middle age, he had travelled the world and achieved a level of popularity rare for a classical musician, but he still didn't know what he wanted to do. In 2000, he began channelling his restless energy into the Silk Road Ensemble, and the project took on greater meaning after September 11, 2001 as a way to foster dialogue across cultures.

Silk Road's aspiration to "create unexpected connections" is the kind of goal that's easier said than done, but in this film we witness the tangible results of the Ensemble's eclectic collaborations. Among the musicians we meet are Iran's Kayhan Kalhor, a master of the kamancheh fiddle; China's Wu Man, a virtuoso on the lute-like pipa; and Galicia's Cristina Pato, known as the Jimi Hendrix of gaita bagpipes. Despite their divergent backgrounds, they share with Ma a passion for passing traditions to new generations.

Full of transcendent music — including Ma's performance of a solo Bach piece in the Toronto Music Garden, a space that he co-created — The Music of Strangers will leave you with a new-found appreciation for the stunning variety of our world's musical traditions, and an appetite to hear more.